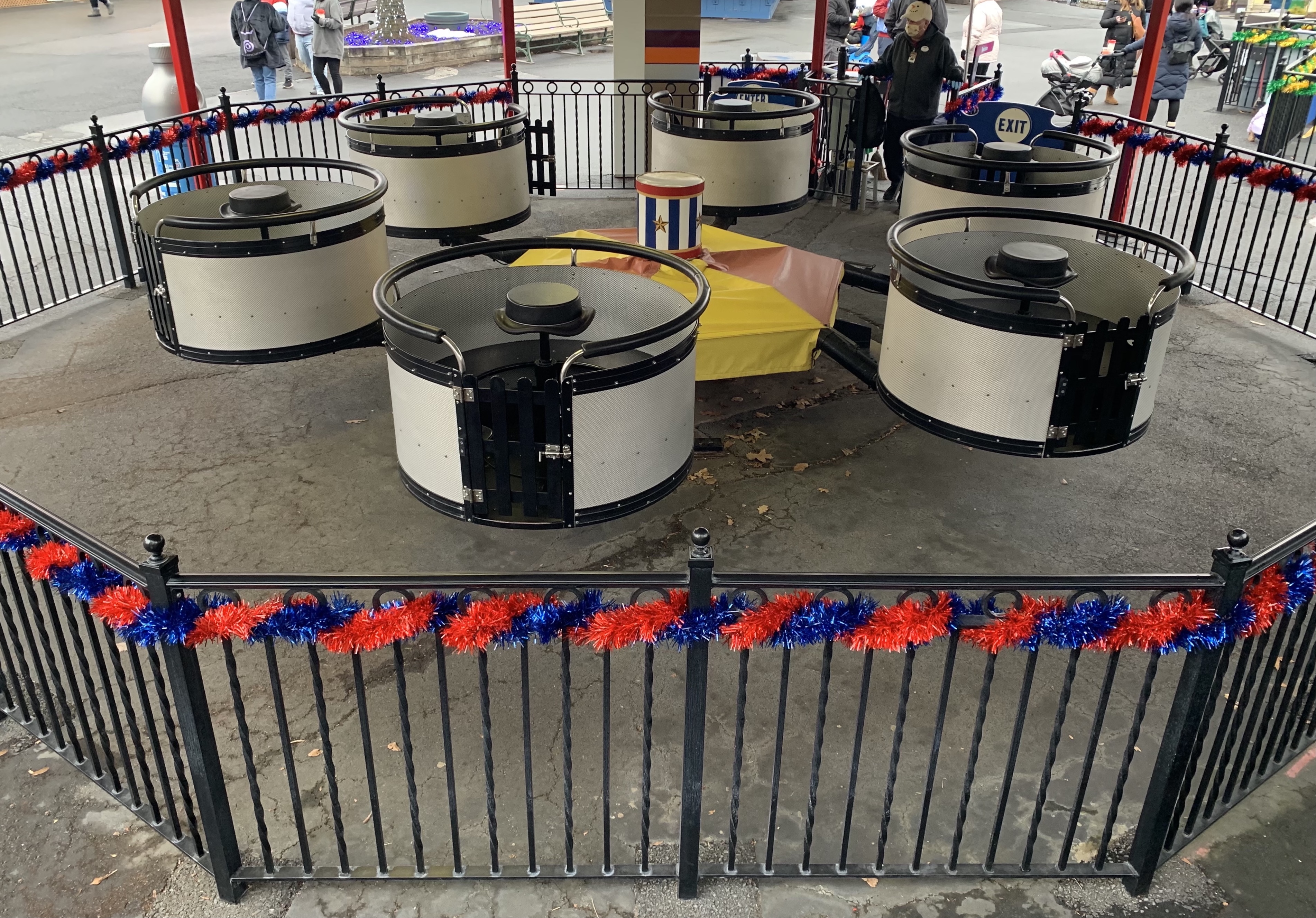 Dizzy Drums is a kiddie ride that operates in Founder’s Way across from Fender Bender. It was manufactured by Hampton Amusement Company, and it has been operating in Hersheypark since April or May of 1961.

The ride is registered with the Commonwealth of Pennsylvania Department of Agriculture Amusement Ride Safety Division as PA Ride ID Number 117 under the name Tubs of Fun.

In 1961, Hersheypark mysteriously revealed that two new kiddie rides were under construction and were going to replace two old kiddie rides that were sent into retirement.

…there are nine low-priced rides especially for children. Two of these are now under construction, replacing a pair of juvenile amusements which were recently taken out of service.

Dizzy Drums was manufactured by Hampton Amusement Company and sold under the name Tubs-o-Fun, which is the name Hersheypark used for the kiddie ride until the 1980s.

Dizzy Drums was relocated several times during it’s time in the park. It was installed where Minty Bees is located today.

In 1976, it was relocated next to the Kiddie Whip (later known as Wells Cargo) where Swing Thing is located today. In 1983, Tubs-o-Fun was renamed Dizzy Drums, due to the theming of the ride in prior seasons.

In 1985, Dizzy Drums was relocated to where it is today. These were all relatively short moves, the equivalent of shifting furniture around a room to make a simple change than replacing the furniture.