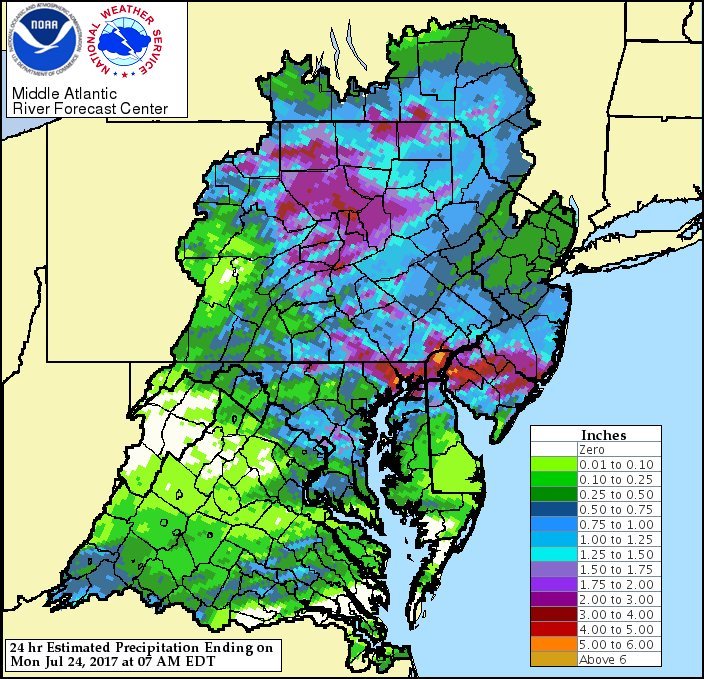 On Sunday, July 23, 2017, much of Central Pennsylvania received an unusual amount of rain in a very short time. While Hersheypark was spared of any flooding, Knoebels was not, experiencing flooding on July 24.

Just to give you an idea of the kind of storms Central Pennsylvania saw the day before, here are a few tweets.

The 4.27" Harrisburg Int'l recorded in one hour today would be good for 12th wettest DAY all-time in the city 😮

4.71" of rain yesterday in Harrisburg = 5th wettest day on record. Rare to eclipse 4.5" in a day w/o remnants of a tropical cyclone #pawx pic.twitter.com/876wL0tMnb

Another half inch of rain fell on Monday morning. This map created by the National Weather Service should give you an idea of just how much rain Central Pennsylvania was expecting to see through 7am Monday.

That’s why Roaring Creek in Knoebels was making some noise on July 24. The park was not significantly damaged and they plan to open as normal on July 25.