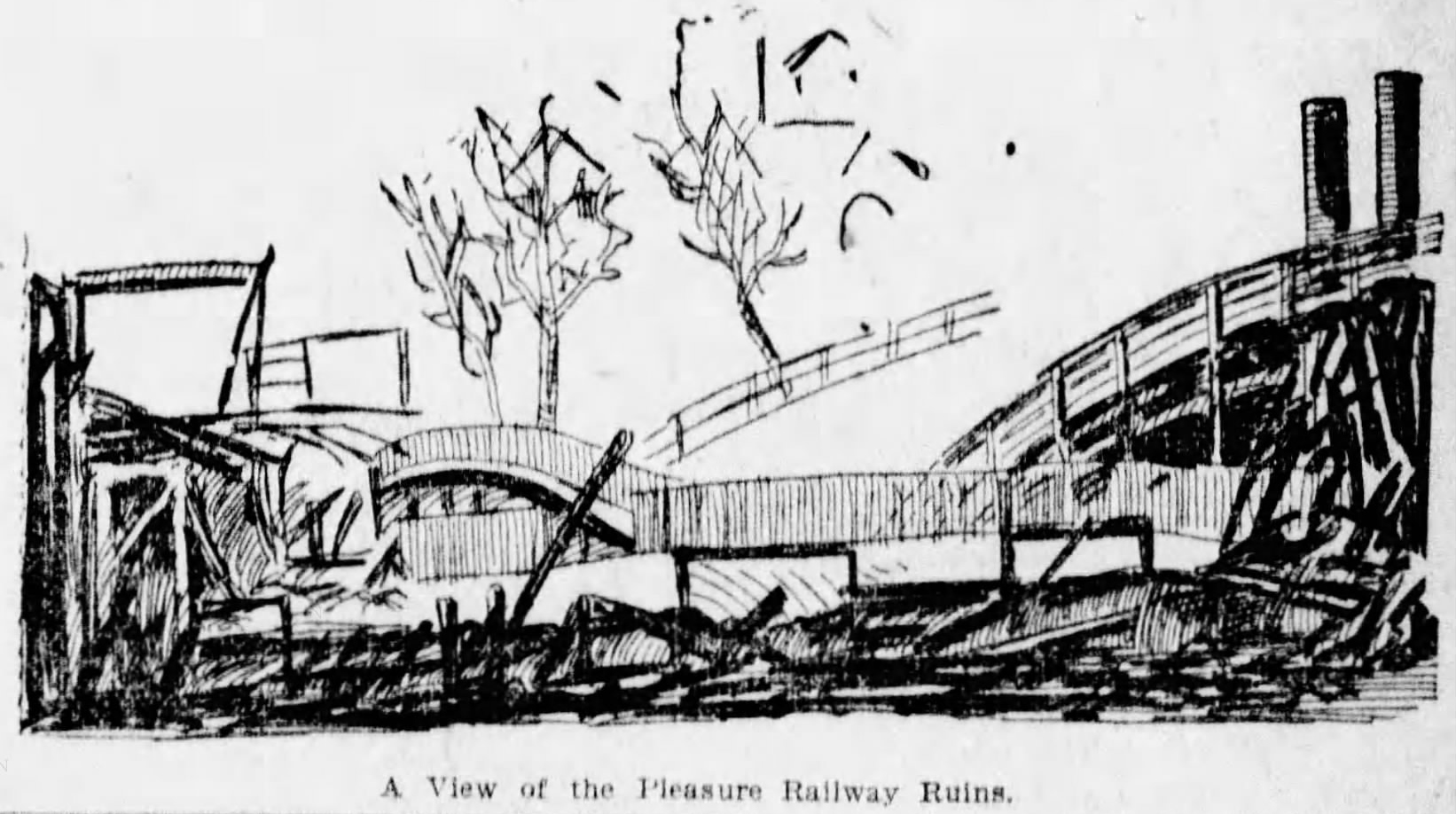 On April 24, 1894, the Schenley Park Pleasure Railway Company announced that a roller coaster was being built near the entrance of Schenley Park, on Forbes Street, opposite the Carnegie library.

The roller coaster was constructed inside a two story building that included a restaurant and a dessert bar, as well as a barber and a bicycle shop. The building was called the Musatorium, and the roller coaster inside it was called Schenley Park Pleasure Railway (it was later called Musatorium Roller Coaster). It had an oval layout, was 400 feet long, with the roller coaster train having a capacity of sixteen people. Riders would go around the circuit twice before exiting.

The highest point of the roller coaster was approximately 40 feet tall. When the train reached the end of the track, it required steam power to get pulled back up to the coaster’s station. The tracks were laid in a type of softer surface referred as “gum,” to reduce noise.

Construction of the ride was contracted to Albert F. Schwerd, who manufactured the Musatorium Roller Coaster through his company, A.F. Schwerd Manufacturing Company. The roller coaster cost approximately $11,000 dollars ($303,000 in 2017 US dollars).

The Musatorium was originally planned to be opened on May 2. There was a delay – as a result, it did not open until May 24. The roller coaster was delayed after that point – and was test run for the first time on June 24. The ride was formally opened on June 30, 1894. The roller coaster cost five cents to ride ($1.38 in 2017 US dollars).

On February 27, 1897, at approximately 3:45am, the Musatorium caught fire and burned to the ground. Everything in the building, including the roller coaster, was totally destroyed. The fire began due to an overheated stove in the restaurant. To make matters worse, when the fire spread to the soda fountain, the gas that was in the machine exploded, destroying most of the interior of the entire building.

The Musatorium was not rebuilt after the fire.