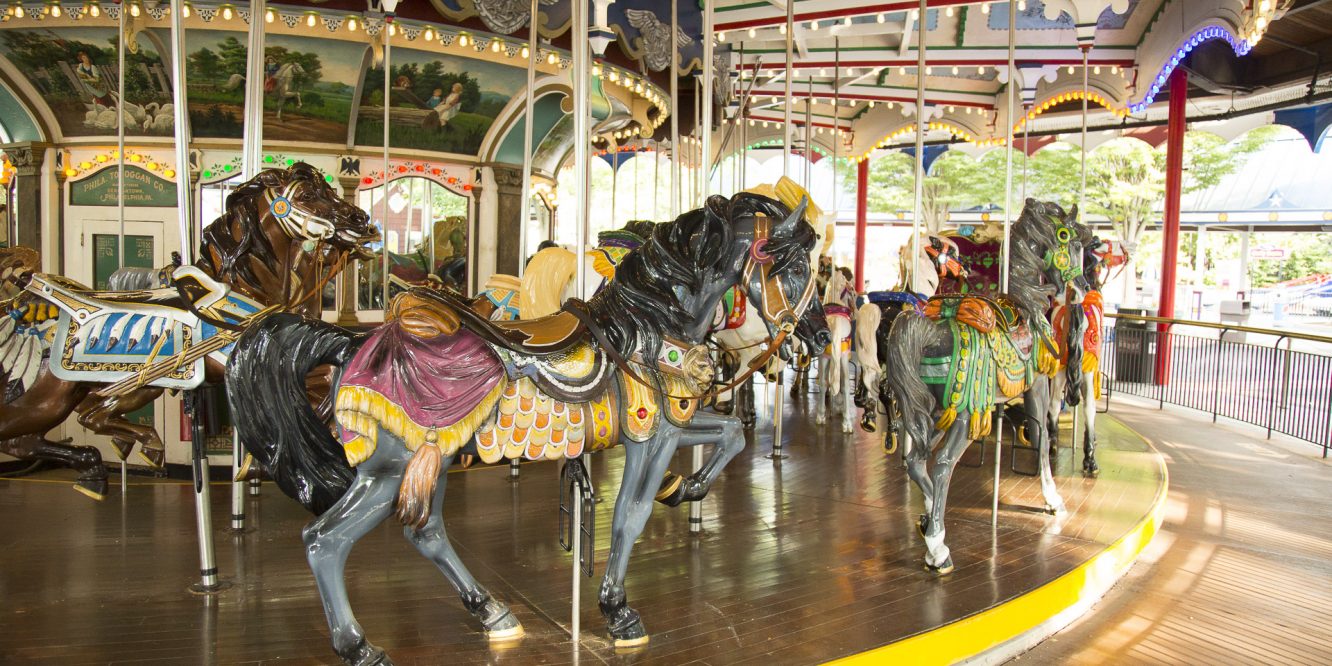 The featured photo above is courtesy of Hershey Entertainment & Resorts Company.

On Sunday, May 20, 1945, a mere twelve days after Germany surrendered to the Allies in World War II, the venerable carousel known as PTC #47, began to operate in Hersheypark.

This carousel was much more impressive than its past counterpart, the famous Dentzel menagerie carousel which had operated in Hersheypark from 1912 until the end of the 1944 season.

Hersheypark’s Carrousel was first manufactured for Carlin’s Pavilion at Liberty Heights Park in Baltimore, Maryland. It was installed in August 1919, and debuted on August 9, 1919, just a few days before the grand opening of Liberty Heights Park. Free rides were offered to attract visitors.

Location of the former Liberty Heights Park in Baltimore.

The PTC #47 operated at Etta Jennick, named for a shoe manufactured by the owner of the park, from 1930 until World War II, when the park closed. PTC retained the carousel, keeping it in storage. In 1944, Hersheypark agreed to purchase the carousel, as the park needed a bigger carousel.

The Carrousel has operated in Hersheypark since it was installed and debuted on May 20, 1945. The ride was placed in the former Dentzel carousel pavilion atop Spring Creek in what later became Comet Hollow (in fact, Comet was installed the following season, in 1946).

In 1972, the Carrousel was relocated to the new Carrousel Circle, one of the new theme regions built under the R. Duell renovation plan for Hersheypark.

The Carrousel remained in this region of the park until the end of the 2019 season. It was relocated in 2020 as one of the major rides located in Hershey’s Chocolatetown.