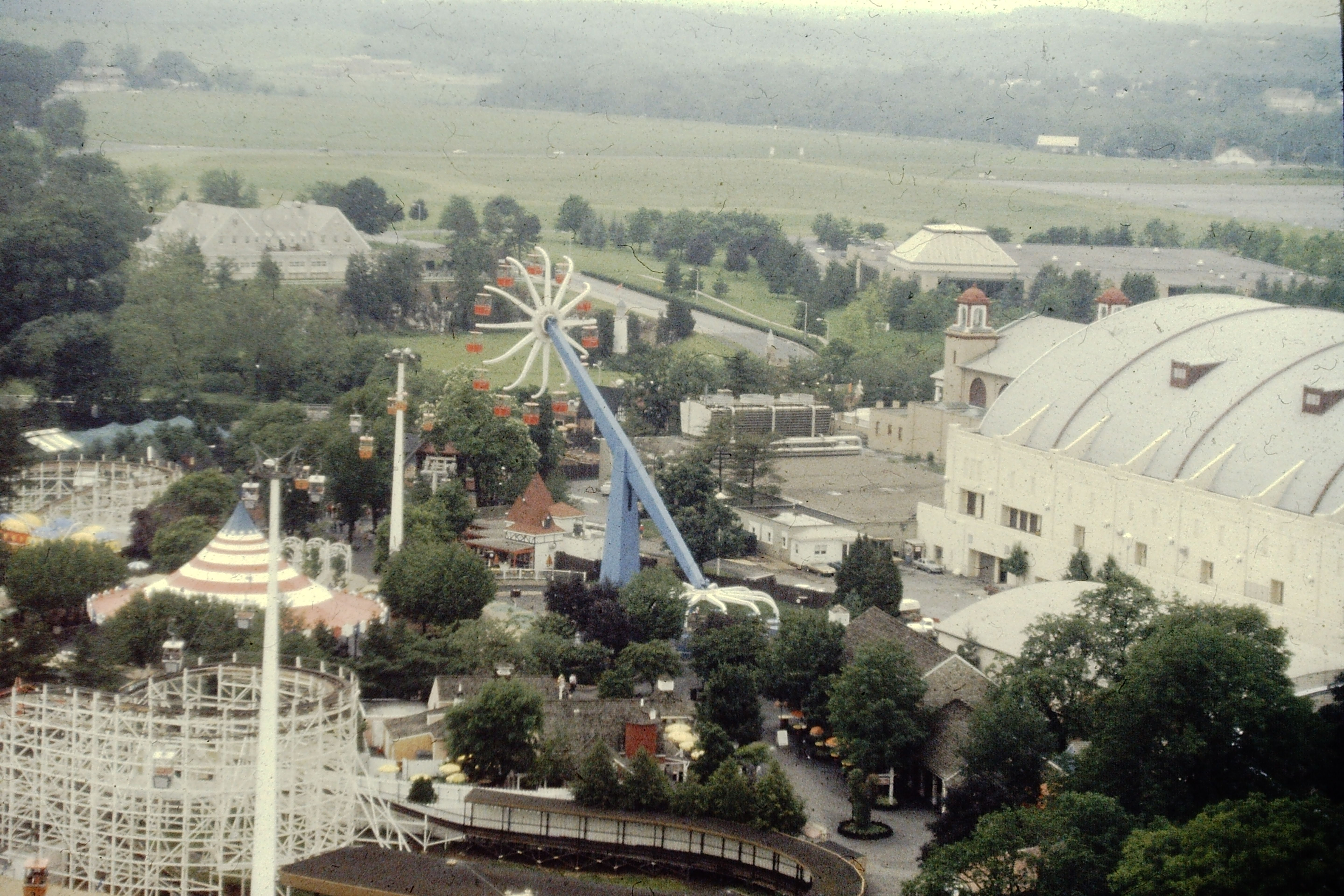 This area of the park still exists today, but it is now part of Founders Way. And though it was renamed and renovated into Founders Circle in 2005, many people still call it Carrousel Circle. This is what today’s post is about – the first major addition to Hersheypark in the modern era.

2004: Giant Wheel is removed in October.