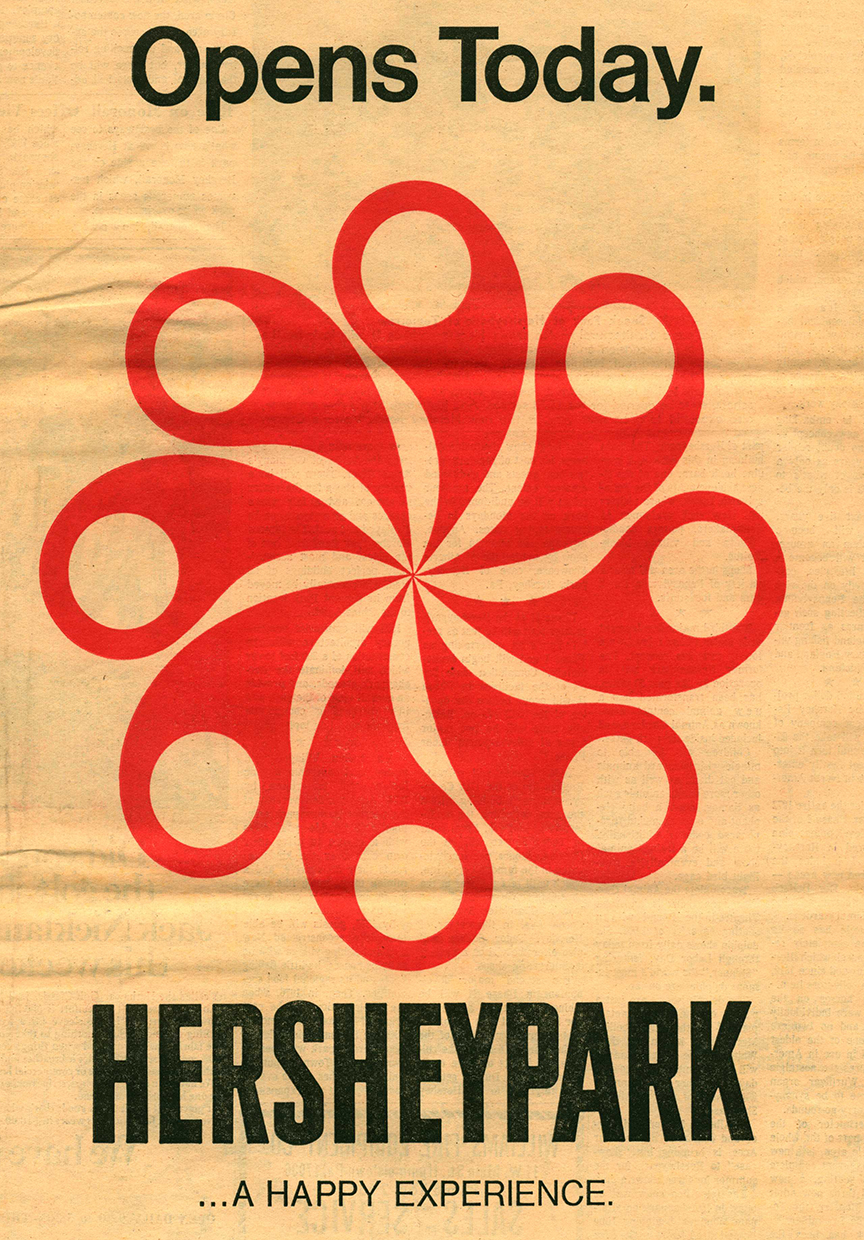 Printed on May 7, 1972, in The Patriot-News, was a special section all about the grand opening of the new Hersheypark (although it was renamed a year earlier in 1971). What I’m sharing here is what was on the front page of that special section and what is one of the first prominent appearances of the Hersheypark pinwheel logo.

When the park opened, there was a ceremony in which dignitaries and invited guests were in attendance. The ceremony was held in Carrousel Circle, the most prominent of the three new themed regions added to the park. The guests were paraded from the entrance of the park – for the 1972 season, located at the northern end of the park, adjacent the Dry Gulch Railroad station and the main lobby (Lobby 1) of Hersheypark Arena – to the edge of Carrousel Circle in Der Deitschplatz, another of the new themed areas (the third themed area added was the Animal Garden).

After the ceremony, normal operations began for the day. New rides to open included the Twin Towers Toboggans, Scrambler and Monster. This would be the start of the last month and a half of operations for the Philadelphia Toboggan Company water toboggan ride, The Lost River, which would be destroyed in the flood of 1972 in June. This would also be the last year of operations for the last funhouse, Funland, the Aeroaffiliates ride Flying Coaster, and the Magic Carpet Giant Slide.