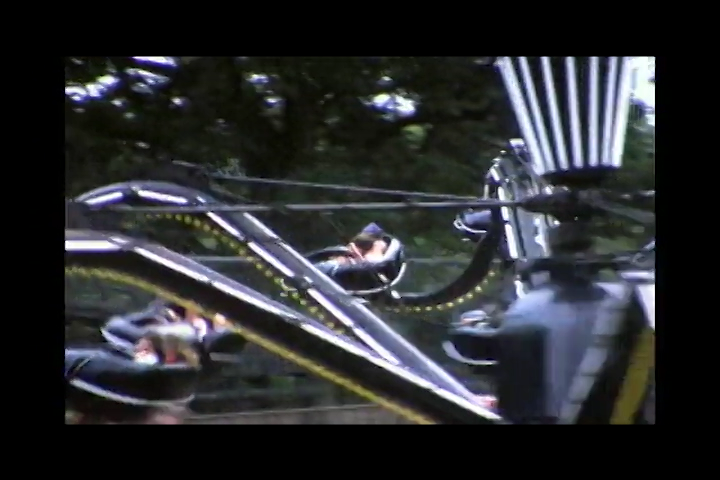 The Monster was a ride manufactured by Eyerly Aircraft Company. It was one type of ride in a set of rides that Eyerly made. The others were the Spider and the Octopus. Spiders had 2 cars per arm, while Monsters had 4 cars per arm (Monster sets of four cars also spin, unlike the Spider).

Monster was one of the rides selected for the new Carrousel Circle theme region in 1972.

Monster was a manually operated ride. Furthermore, despite the capacity of the ride, it took a long time to load the ride. There was only one load position for each arm, meaning the ride had to be rotated to load and unload people from the ride. As a result, it took a long time for a cycle to start from loading the first cars to the twenty-fourth.

Hersheypark also experienced maintenance difficulties with the ride. It took time and money to keep the ride in the kind of operating shape Hersheypark expected of its rides. Between these issues, the park decided to replace the Monster with a Sellner Manufacturing Tilt-a-Whirl for the 1983 season.