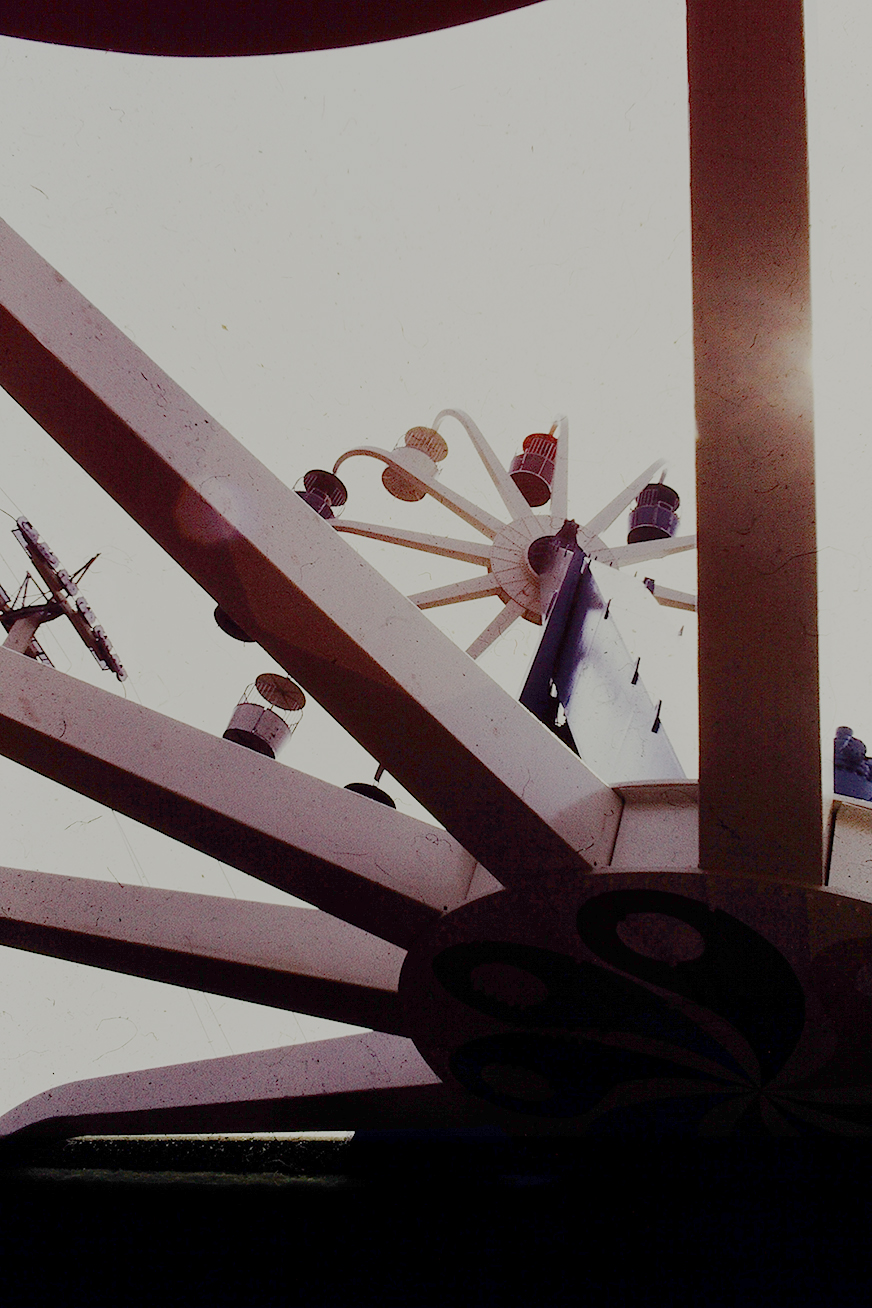 When the Hersheypark renovations were drawn up by R. Duell & Associates, Phase I included Carrousel Circle – one of the biggest parts of the additions to Hersheypark planned. While the Carrousel was obviously the focal point of the area, another ride was planned to be installed but was part of Phase II. This ride was Giant Wheel, manufactured by Waagner-Biro and supplied by Intamin.

Giant Wheel was the first double Ferris wheel Waagner-Biro manufactured. A similar ride already existed, the Planetary Amusement Ride, manufactured by Astron International Corporation, which operated at AstroWorld in Texas and Magic Mountain in California. When opened in 1973, Giant Wheel was an impressive ride and many people became fans of the ride. This was also true in other parks that installed these new Waagner-Biro wheels. Some parks even installed a version with three wheels (such as what was then the two Marriott’s Great Americas).

The ride experience was pretty straight forward. Up to 8 people could fit in a cabin. Once the cabins were loaded you would be raised up into the sky. Once you were in the air, you could also spin your cabin using the wheel at the center. In the picture below, you can see how each wheel was connected to one huge cross bar, so as one wheel rose, the other came down.

Unfortunately, none of these rides exist today – leaving many fans disappointed. Despite such an interest from park attendees at all of these parks which had them, very few Waagner-Biro double and triple wheels were actually ever built, leading Waagner-Biro to discontinue supporting the product sometime in the 1990s. This meant that important parts for the ride were no longer being made – Waagner-Biro’s double and triple wheel days were numbered at that point. And such was the case with Giant Wheel.

Hersheypark’s Giant Wheel operated until October 2004, when the ride was removed from the park. It was the last of the Intamin double or triple wheels to be in operation, and is the second-to-last to be removed (one double wheel is still standing, but not operating, in Argentina, but it is expected to be torn down soon).

It was originally due to be replaced with a roller coaster called Turbulence, however that coaster was cancelled. Two rides, Starship America and Balloon Flite, have operated in the location of Giant Wheel since 2005.

To read the second part of this article, click here!