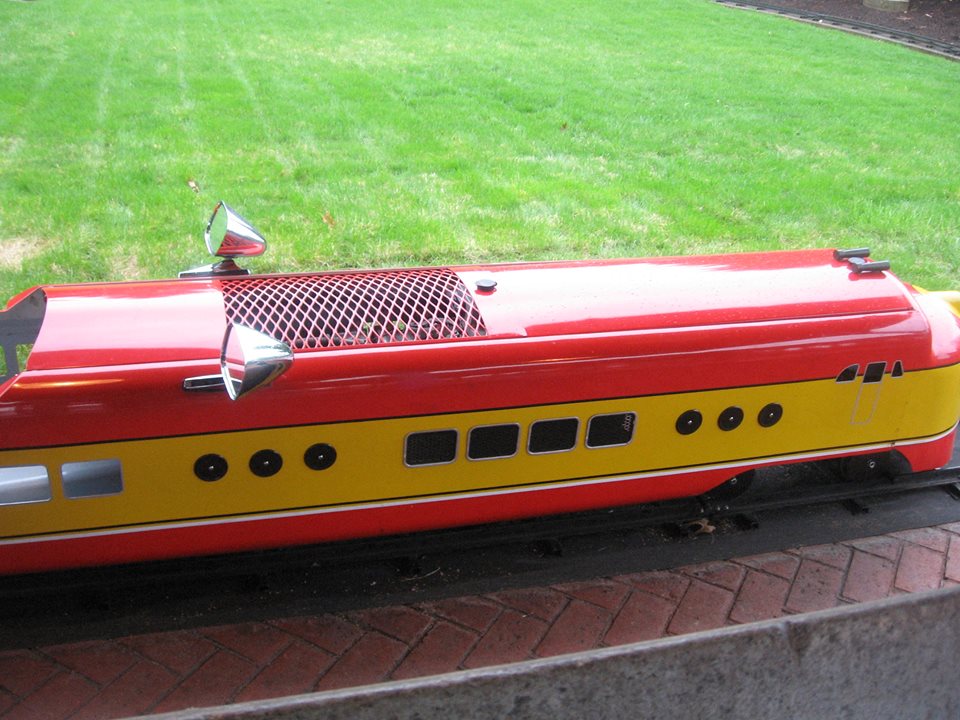 In 1952, Hersheypark added a new kiddie ride to further bulk up the recently added Kiddieland (in 1949). This ride was the Miniature Train, manufactured by Miniature Train Company of Rensselaer, Indiana. The ride was placed adjacent to the Comet and Hershey Park Ball Field. The ride remained in this location until 1971.

After the 1971 season, Hersheypark renovated the old ball field into Carrousel Circle, and the area between that and the midway with Skyview and other parts of Kiddieland was renovated into Der Deitschplatz. As a result, Miniature Train and three other kiddie rides were removed from the park. The Dutch Candy Kitchen was partially built over top of where Miniature Train had operated.

Out of the four rides Hersheypark removed, only one survived – Miniature Train. This was because Ray Brace purchased the ride from the park. For about the next decade, the ride would be at a farm Brace owned; the ride didn’t operate during this time. The ride was then sold to Jeff Waltermyer.

In 1983, Hersheypark held its first Christmas Candylane event. The park reached a rental agreement with Jeff Waltermyer to operate the Miniature Train for Candylane. The ride would be called the Little People Express, and initially was placed in Tram Circle between Chocolate World and Tudor Square. This rental agreement would be renewed for about fifteen Candylane seasons, with the ride primarily operating underneath Giant Wheel when Candylane expanded into Carrousel Circle.

In 1997, Hersheypark was interested in using Miniature Train on a permanent basis. The park purchased the ride back from Waltermyer and placed the ride in Midway America. This was a 26 years after the ride had been removed from the park in 1971.

Miniature Train remained in operation through September 2014. It was removed and put in storage to make way for a new indoor roller coaster which had been announced the prior month – Laff Trakk. While the two adjacent kiddie rides, Granny Bugs and Pony Parade, were relocated in Midway America, there were two reasons why Miniature Train was placed in storage.

First, the ride took up a fairly large footprint, and it is a fairly long train. So to reinstall it elsewhere in Midway America – there really wasn’t any reasonable amount of space for the ride to be moved. From this perspective, it made sense to place the ride in storage.

Secondly, the park already had another train ride in storage since 2011. This ride was Tiny Tracks, manufactured by Zamperla. Tiny Tracks was able to fit a much smaller footprint, unlike Miniature Train. It was decided to use Tiny Tracks as Miniature Train’s replacement.

For September 2014, Tiny Tracks operated in a temporary spot in The Boardwalk. It was then permanently re-installed between Lightning Racer and Music Express (the concrete pad had been the overflow queue for Lightning Racer). Tiny Tracks was used instead of Miniature Train because that ride could fit the smaller space.

Miniature Train remains in storage today. The intention is for the ride to be reinstalled at some point in the future.

Special thanks to Gary Chubb and Matt Brace. The featured photo above the article is courtesy of Shawn Marie Mann.