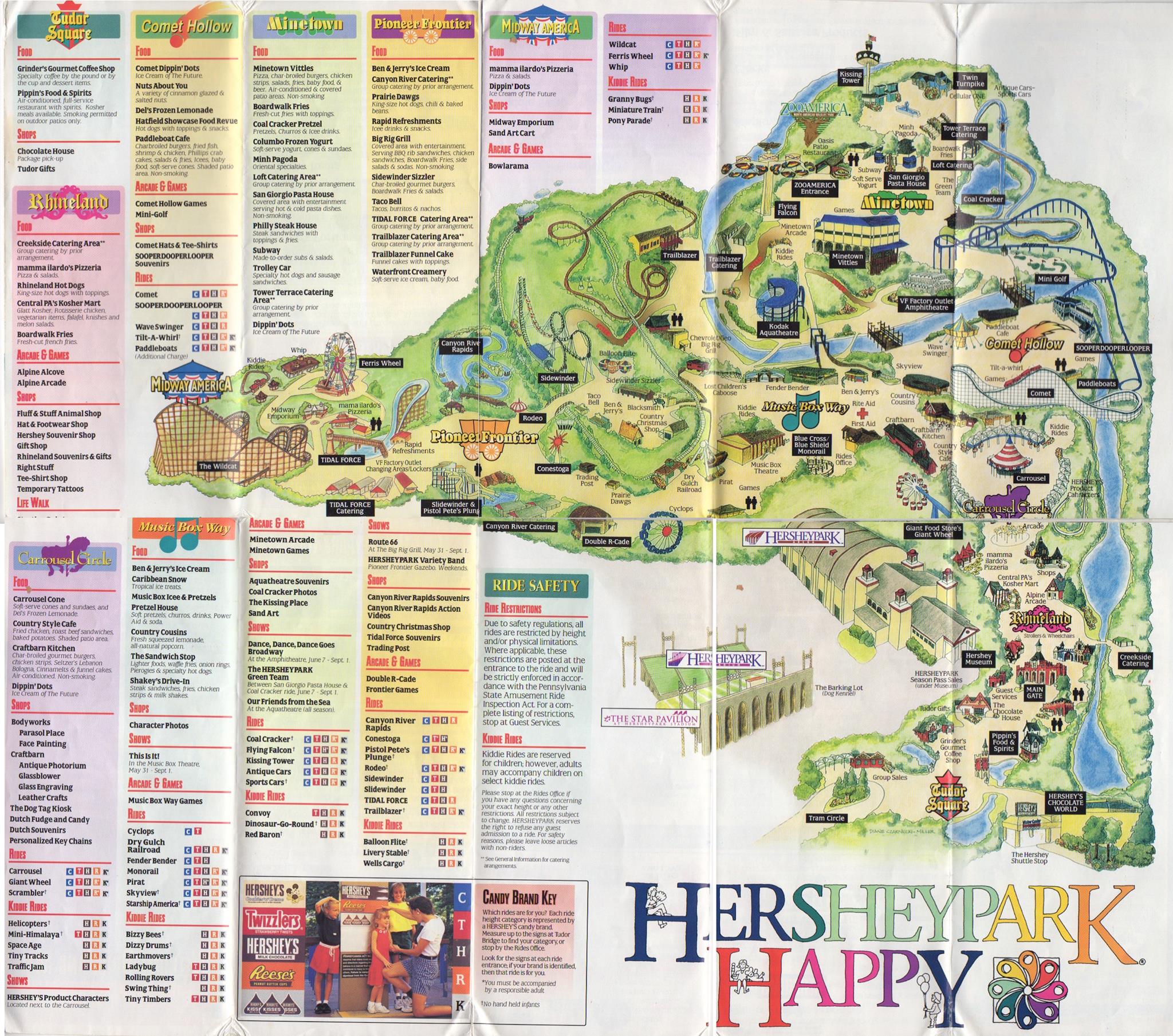 Hersheypark had not produced any maps of the park until 1972, when a map of the park produced by a third party was put into the park’s rack brochure and a “Welcome to Hershey” handout that was likely an additional rack brochure that was only available in Hershey.

In 1973, Hersheypark produced another map for its rack brochure, this time using a more cartoonish style, but updated to show the new Tudor Castle entrance of the park, and new rides – Coal Cracker and Giant Wheel. A similar map was produced in 1974 that was updated to include the new Sky Ride and Trailblazer rides. 1974 was the first year that Hersheypark produced a souvenir map, something other parks (such as Cedar Point and Magic Mountain) were also producing.

From 1975-1978, Hersheypark did not include a map in their rack brochure. The handouts at the park were simple double-sided printouts of entertainment schedules, and some general information about the park. The park did produce souvenir maps in 1975, 1977, and 1978.

1979 was the first season the park included a map in their handout at the Main Gate. The park has produced a map for every major park season, including the summer season, Springtime in the Park, Hersheypark In The Dark, and Hersheypark Christmas Candylane, since that year.

The park maps changed styles over the years, switching from small sized formats to larger broader formats, back to smaller formats seen in more recent years. The Hersheypark Maps Database has more maps to view.

The fate of souvenir maps

The Hersheypark app also has a map, which has been regularly updated since the app was released in the early 2010s. The earliest version update dates back to 2014.

0 comments on “History of Hersheypark Maps”