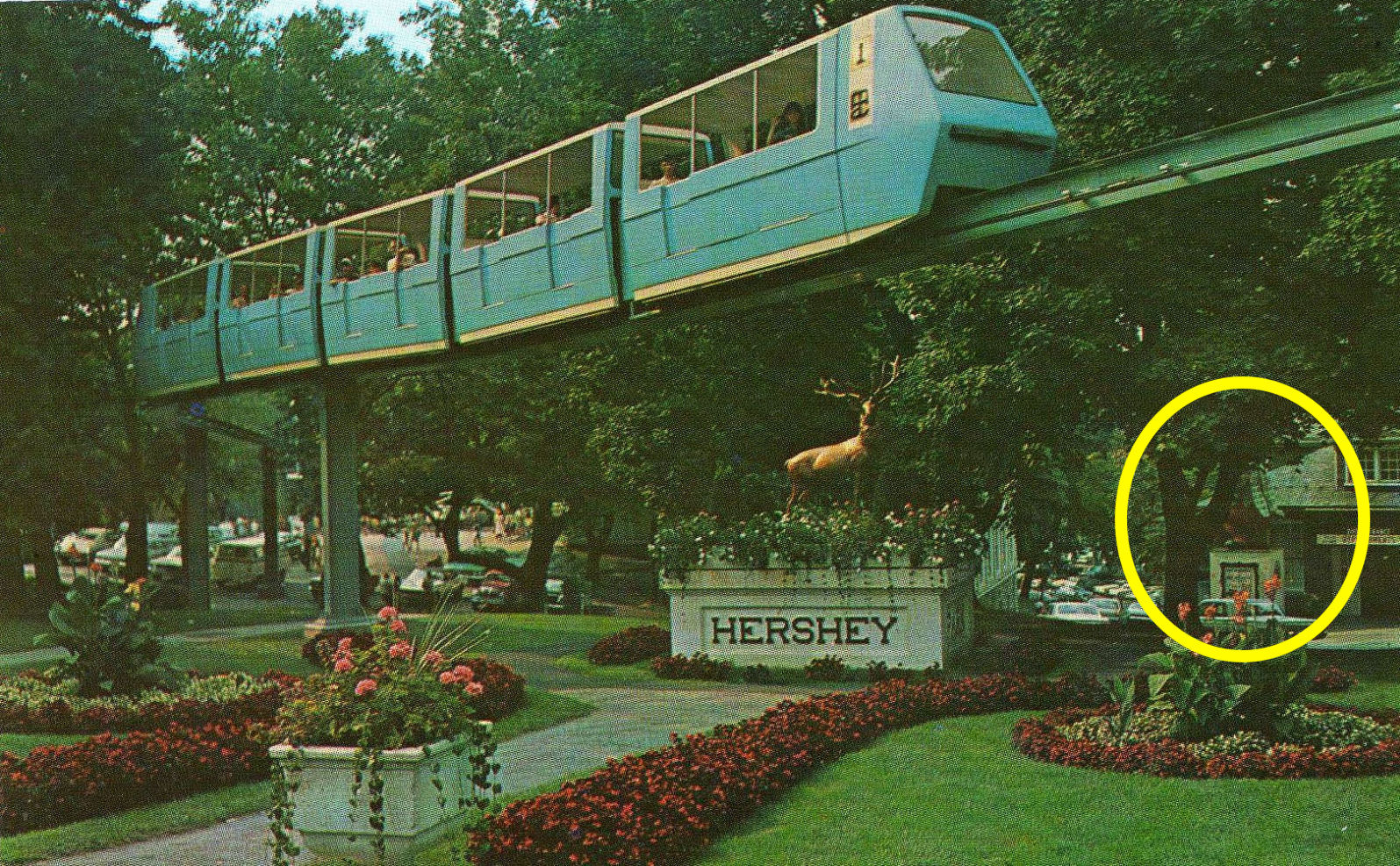 There is a postcard that Hersheypark has sold since approximately 1970 that shows the Monorail, installed in 1969, crossing over the entrance of Hersheypark and its main feature – the famous Elk statue.

Unfortunately, you can only see the bottom two thirds of the statue; the top third is obscured by a tree. With the focus of the image being the Monorail and the Elk statue, and the image being relatively dark in the spot where the Zoo statue is, it’s easy to miss.

So Many Questions Need Answers

When was this statue installed? The earliest photograph of the Zoo statue dates to 1963. However, it is more than likely the statue was installed sometime in the 1950s, probably no earlier than 1957.

If you’re not sure exactly where this was at, here is a short clip of the statue from a 1966 video of Hershey Park Zoo.

Searching through newspaper archives has yielded no results, which is why this subject is left with so many questions to answer.

Do you remember this statue? Can you answer any of these questions? If you can, please reach out to The Amusement Parkives by leaving a comment here, on Facebook, or in the Hersheypark History Group on Facebook.