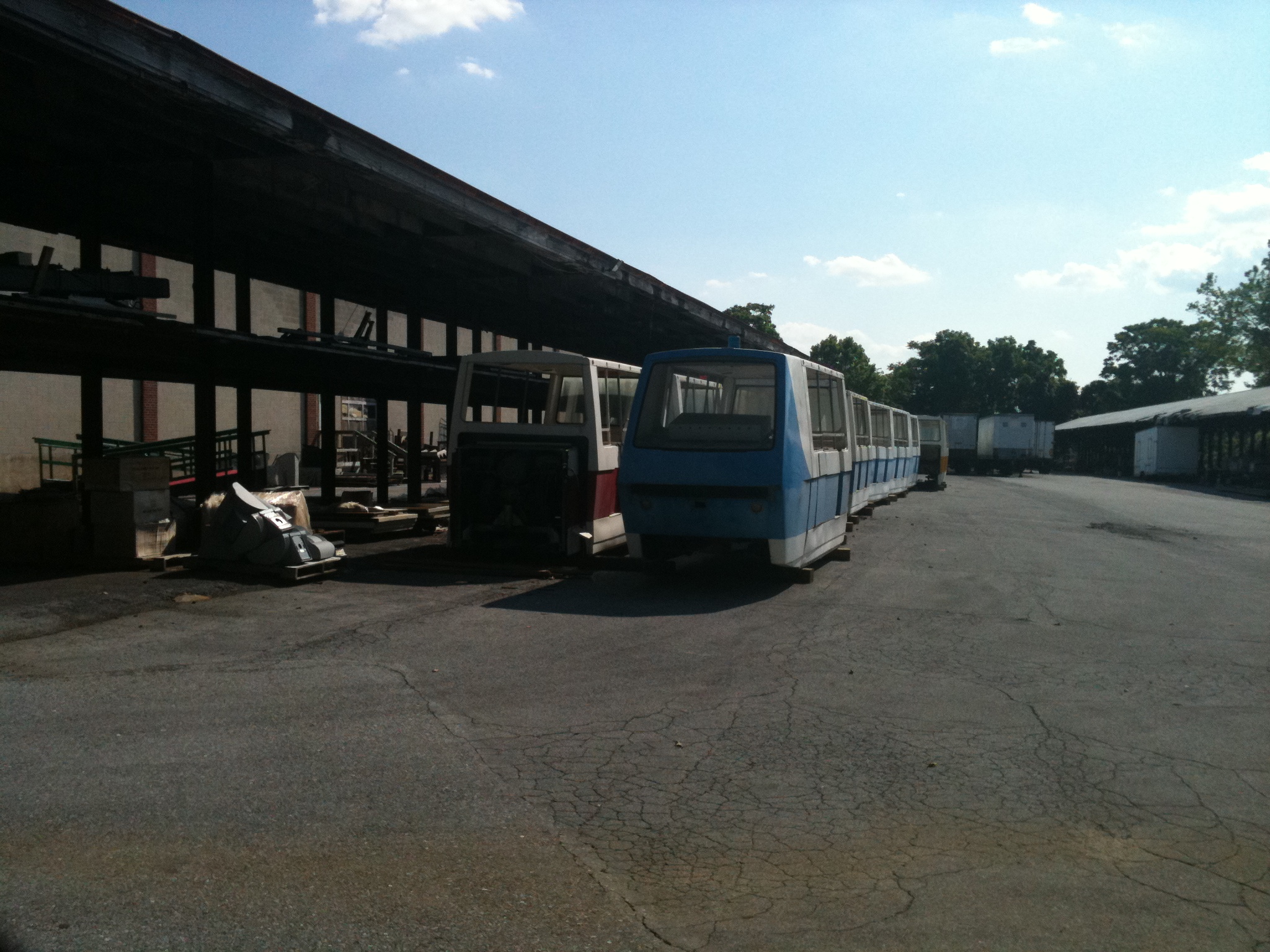 In this series about various monorail systems, there are two monorails with a close relationship between the history of both parks.

When John O. Hershey was put in charge of cleaning up Hershey Park in 1969, he was very open minded to significant changes in the amusement park industry, and as such, he took to visiting parks all across America. This brought him in contact with the company which designed Disneyland with Walt Disney – R. Duell & Associates.

At the same time, R. Duell was involved with a project in Valencia, California – what would open in 1971 as Magic Mountain. It should be no surprise that the renovated Hersheypark (renamed from Hershey Park after the 1970 season) and the brand new Magic Mountain were something of a kindred family as there are some striking similarities to the look of both parks.

But since this is about the two park’s monorail systems, I digress. The monorail built for Hershey and the one built for Magic Mountain were both Universal Mobility, Inc.’s UNIMOBIL Type II minirail system. While Hershey’s Monorail opened in 1969, Magic Mountain’s Metro opened with the park in 1971.

30 years later, Magic Mountain closed Metro, and the ride remained “standing but not operating” because the ride was too expensive to deconstruct.

I will be writing more about Hersheypark’s Monorail and Magic Mountain’s Metro in the next few days.