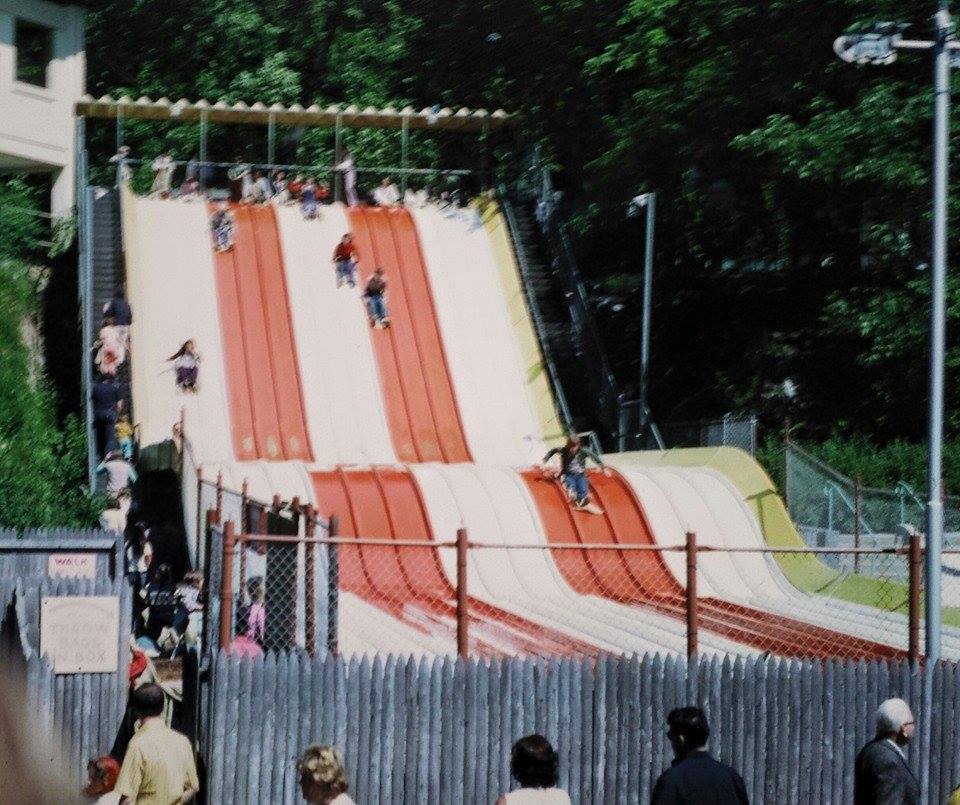 Installed in 1969, Hersheypark had a giant slide built on the side of the Hill. This slide was only in the park for four seasons, removed after the 1972 season to make way for Hersheypark Amphitheater.

Magic Carpet Giant Slide was manufactured by Aero-Mar Plastics, Inc.. It had 15 slides, in which a person slid down using a sack of some kind, usually burlap. When installed, Tip Top was relocated to accommodate the new slide. The giant slide was adjacent to Paratroopers.

When Hersheypark experienced the Flood of 1972 in June of that year, Magic Carpet Giant Slide was not destroyed in the flood. Only one ride was – the park’s mill chute ride, Lost River.

Following the 1972 season, Hersheypark intended to relocate the nearby Bandshell to the new Rhineland area of the park. When the Bandshell was found to be too structurally weak to move, it was torn down.

The replacement for the Bandshell was Hersheypark Amphitheater, and the park decided to place that where Hershey Park Theater had been. Magic Carpet Giant Slide was removed, while Paratroopers was relocated in the park.