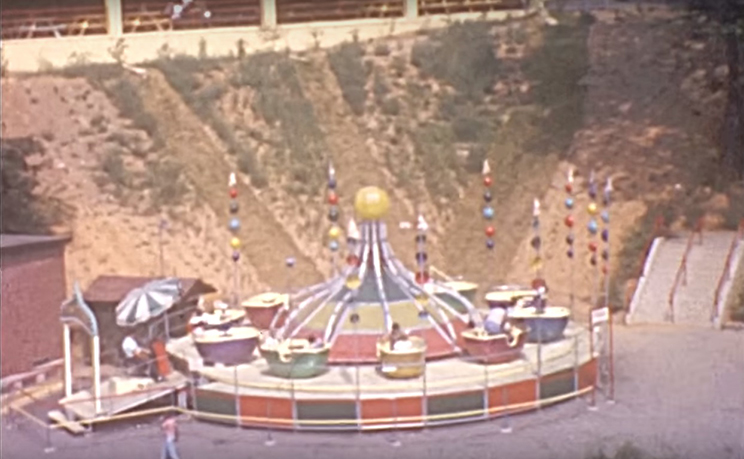 In the fall of 1965 and winter of 1966, management at Hershey Park made the decision to tear down the old Hershey Park Theatre, the then-current building having been in the park since the first few years of Hershey Park’s existence. Hershey Park Theatre included the enclosed amphitheater, and behind the stage, Laughland, the park’s second fun house. Because the building was removed, this opened up space for redevelopment.

Management bought two rides – and the one I’m talking about today is Tip Top (the other is Skyview, which I will be writing about in a few weeks). This was a ride manufactured by Frank Hrubetz & Company, and was the first of three Hrubetz rides Hershey Park installed – Paratrooper and Round Up were installed in 1967 and 1968, respectively.

Tip-Top operated in Comet Hollow from 1966-1968, when it was relocated to an area adjacent to where Fender Bender is in the park today. The final season Tip Top operated was in 1979; it was essentially replaced by Pirat and Cyclops when Hersheypark expanded in 1980.