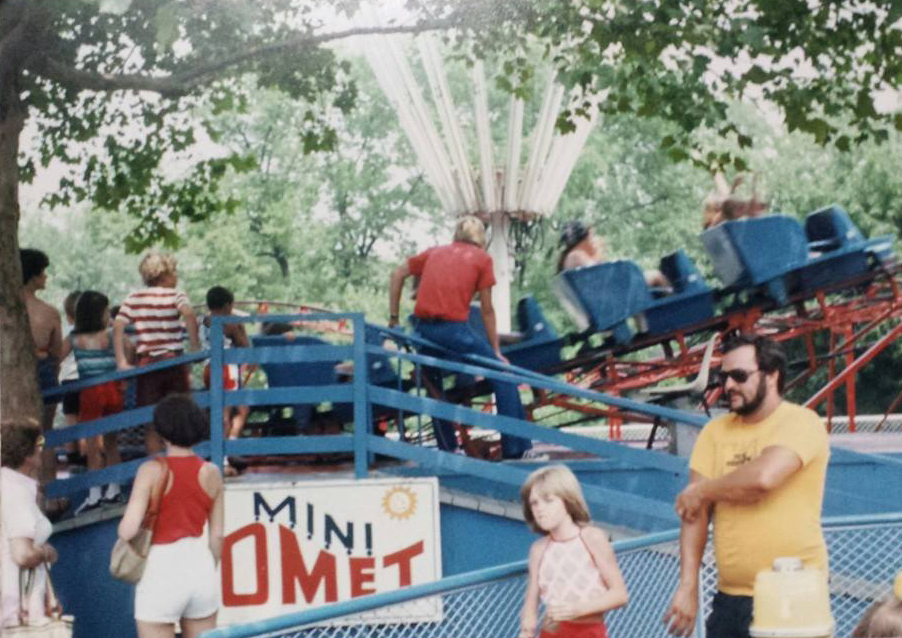 Cocoa Cruiser was installed in 2014. It was the second kiddie roller coaster to be installed in Hersheypark. It will no doubt be in the park much longer than Hersheypark’s first kiddie coaster, Mini Comet, and it will no doubt be better remembered than that first kiddie coaster as well. Little was known about Mini Comet, other than it existed in the late 70s, and it was believed to manufactured by either Miler or Allan Herschell Company.

Where Mini Comet originated is seemingly lost to time, sadly. However, what we do know is that it was used and then put up for sale at a rather inexpensive. It was somewhere in the general vicinity of Central Pennsylvania, possibly even from northern Maryland. There were so many small parks in the area that closed in the early 70s – any one of those parks could have originally owned Mini Comet.

That said, Hersheypark bought the ride and installed it shortly before the start of the 1974 season. It was so soon that it wasn’t shown on the 1974 park map but it was still able to be placed on the 1974 souvenir map. Mini Comet was the name given to the ride because it was placed in Comet Hollow, adjacent to Comet’s station. This was the location where the Carrousel was housed from 1929-1971, and is the location of Sweet Swing and Teacups, today.

I spent time researching kiddie coasters in order to determine who manufactured Mini Comet. After I spent time comparing different models, I was able to determine that Mini Comet was manufactured by B.A. Schiff & Associates. There were several differences between the Schiff models and Miler models that made it clear Mini Comet was a Schiff. The most notable difference is that Schiff models had fewer and bigger dips than Miler models.