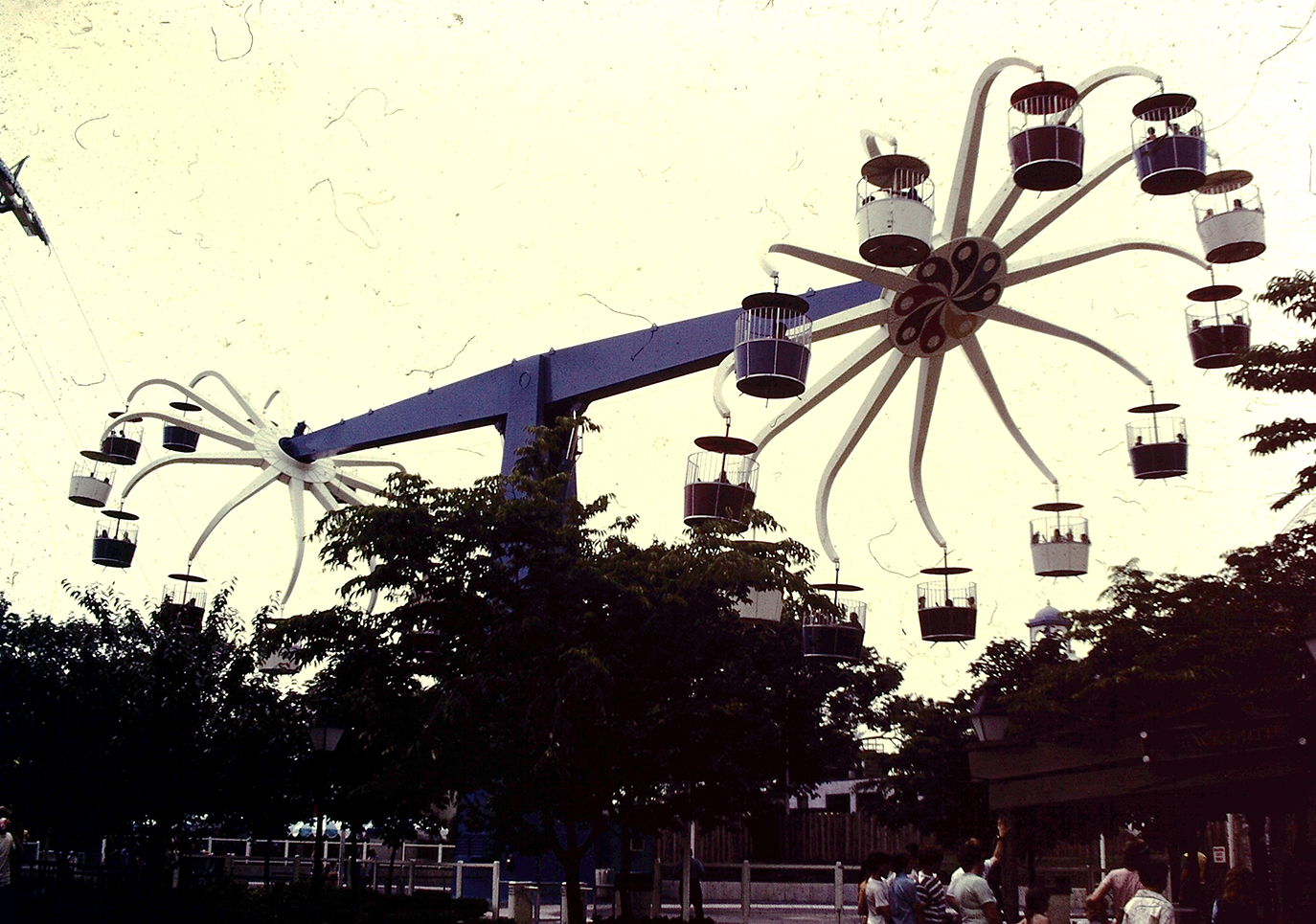 I wanted to cover a few more things on Giant Wheel that I really didn’t touch upon in my article last Thursday. I plan to do similar follow ups with other articles as I publish them on the blog.

As I mentioned in the previous article, Giant Wheel was Waagner-Biro’s first double wheel. Intamin, who supplied the ride to Hersheypark, called this type of Ferris wheel a Double Swivelling Wheel.

At the time R. Duell and Associates drew up concepts for the renovated Hersheypark, they didn’t have the plans for the Waagner-Biro ride, so they created a concept based on the other double Ferris wheels installed in other parks R. Duell & Associates worked on – the Astron model Planetary Amusement Ride.

You can see this in the picture on the right.

Astron International Corporation took note of this once the plans for Hersheypark were announced in December 1971. Knowing that they hadn’t been contacted to build a double Ferris wheel, they managed to realize that it would be an Intamin version Hersheypark would install.

Under the belief this was a violation of their patent, they sent a cease and desist letter to Intamin, supplier of the ride, and Hershey Foods Corporation. Astron was under the mistaken belief that Hershey Foods owned Hersheypark. This was not the case, as Hershey Estates was a separate company from Hershey Foods.

Lawyers for Intamin and Hershey Foods rejected the cease and desist letter, Intamin saying there wasn’t a patent violation because Giant Wheel hadn’t been built yet. Hershey Foods responded clarifying that they did not own Hersheypark. Astron never followed up on their attempt to block the construction of Giant Wheel, and the ride was built.

A few other points of interest

To see photos of the removal of Giant Wheel, click here.
To return to Part 1, click here.

2 comments on “More on Giant Wheel”