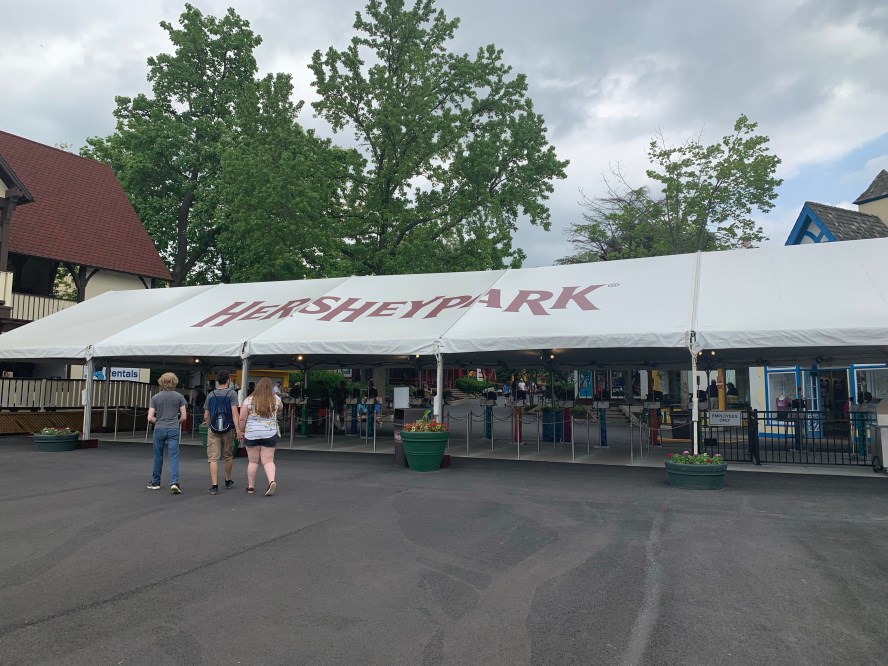 On January 1, 2019, the main entrance of Hersheypark was used for its last time. Within a few days, the demolition of the 45 year old Tudor Castle began. Shortly thereafter, the remainder of the former Tudor Square region of the park was razed.

By April, a temporary entrance was set up between the park’s Hospitality Services building and the former Sky Ride building that, until the fall of 2018, had been the home to Central PA Kosher Mart since the 1990s after the Sky Ride was removed in 1991. (A kosher food truck was placed in Midway America in 2019).

Hershey’s Chocolatetown was slated to open on Memorial Day weekend 2020. The Candylane temporary entrance was slated to be used until the new main gate would be available for use, either Memorial Day weekend or one of the weekends preceding it. Unfortunately, due to the COVID-19 pandemic that began in the United States in March 2020, Hersheypark was unable to operate during Springtime in the Park, or May and June of the Summer season, so any plans to utilize this temporary main gate were scrapped.

The last day the Candylane temporary entrance was used was January 1, 2020.