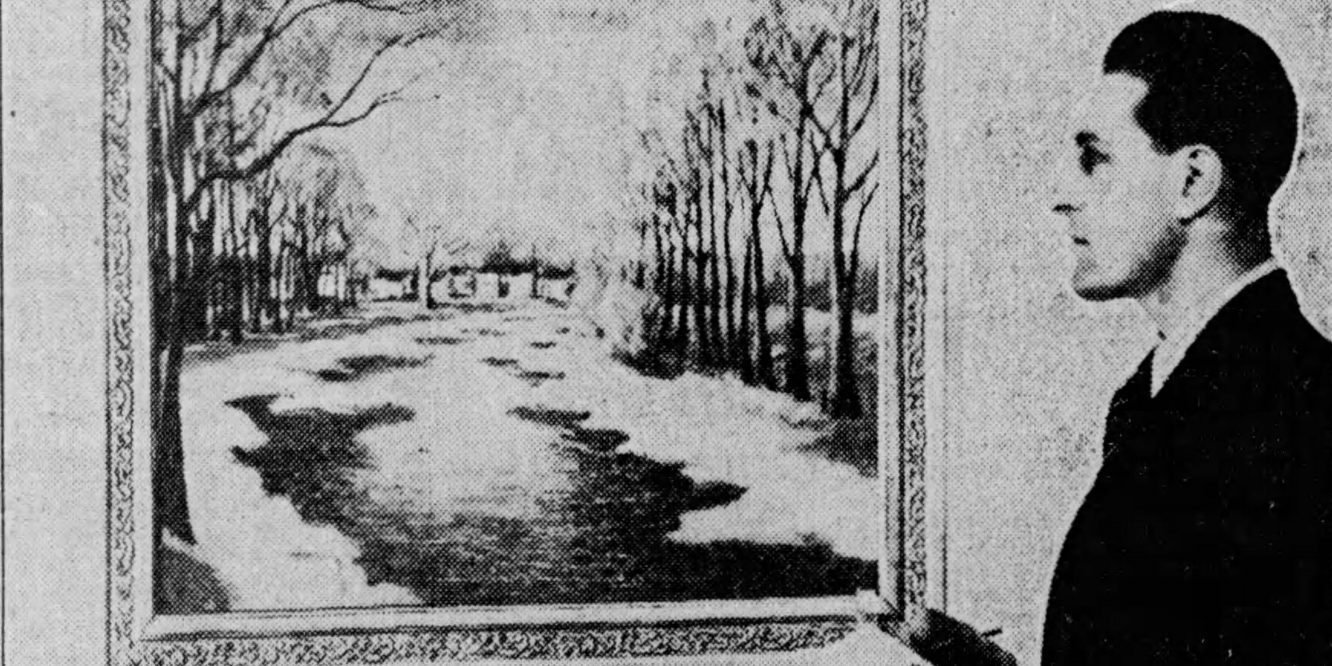 In 1934, a pocket guide titled “What To See In Hershey” was published by Hershey Entertainment & Resorts Company. It was a small double tri-fold brochure that described the various buildings and properties in Hershey, ranging from the golf courses to the Community Building (today known as the Hershey Theatre).

The whole brochure could open up to show a hand-drawn map of Hershey. This map was drawn by Bruno T. Lorenzini, a curator at the American Indian Museum in Hershey.

Lorenzini was an artist who was featured in many art events in Central Pennsylvania in the 1930s. He was born in New York City on August 27, 1909. He was born from Italian parents who had immigrated to the United States some time prior to his birth.

He ended up in Central Pennsylvania in the 1930s, eventually working for the American Indian Museum, operated by Hershey Entertainment & Resorts Company. He was working for the museum in 1934, the same year he created the map of Hershey. By 1940, Lorenzini left Hershey to go back to New York, where he became a curator at the Modern Museum of Art. He married Edith Avitabile on April 27, 1940, in New York City. They had two children.

Lorenzini died on May 28, 2007, in The Bronx, New York. Prior to his death, he had been living in Westchester County, New York, which is the county directly north of The Bronx.