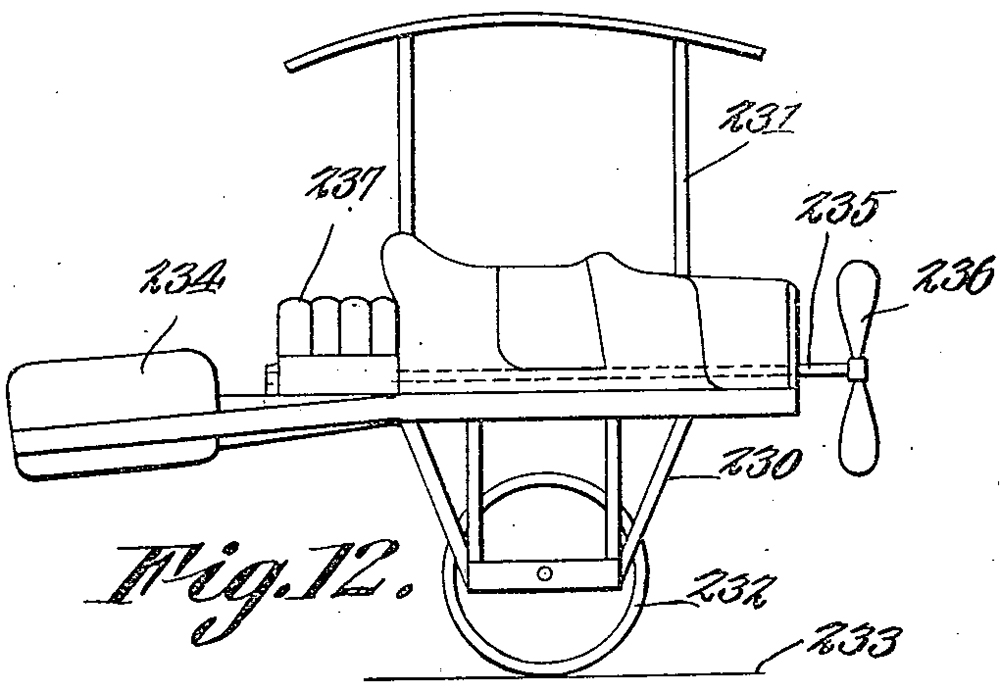 The Aero Joy Plane Company was an amusement ride manufacturer that existed from 1917 to approximately 1935.

On August 22, 1916, a new Pennsylvania state charter was issued to a company called Auto Joy Plane Company, based in Homestead. The company was incorporated with a capital of $10,000 ($237,319 in 2020 US dollars). The listed incorporators were John A. Fisher of Homestead, John E. Stahl of Braddock, and Frank A. Mehaffey of West Homestead.

Early that year, it would appear that they built a prototype amusement ride for Kennywood Park called the Auto-Joy-Plane.

The company supposedly sold two Aero Joy Planes, one to Forrest Park in Chicago, Illinois, and the other to Cedar Point in Sandusky, Ohio. It is unclear if an Aero Joy Plane was built at Forrest Park; it probably was built, but reports in the 1920s suggest the Aero Joy Plane at Cedar Point was the only version constructed. Of course, that reporting overlooked the existence of the Auto-Joy-Plane at Kennywood Park.

In either case, the Cedar Point ride was more important to the Aero Joy Plane Company. Once the ride opened for the 1917 season, it was evidently successful so much that it pushed Aero Joy Plane Company to construct other rides at Cedar Point. One such ride included an amusement called Airplane Dips, which was reported to have also opened in 1917.

While the company was constructing the new ride for Cedar Point, Fisher and his brother Dr. H. Wallace Fisher, of nearby McKeesport, Pennsylvania, filed for a patent for “a new and useful Amusement Device,” which was a type of roundabout ride. In the case of this ride, there were two cars on opposite sides of one another on a large circular track. The cars appeared to look like airplanes – or what at the time were more commonly called aeroplanes. The patent for this device was granted on November 26, 1918.

The device they patented is the aforementioned Aero Joy Plane. You can see how the car was built to resemble an airplane.

John A. Fisher patented several other kinds of rides, in the mid-1920s. It isn’t clear if any of these other rides were constructed. Examples of two of Fisher’s other ride designs are below.

In around 1920, the Fisher brothers relocated to Sandusky, Ohio, on a full time basis. In October 1920, it was reported that the Fisher brothers created a new company in Sandusky, Ohio, called the Airplane Dips Company – based on the aforementioned Airplane Dips amusement the Aero Joy Plane Company constructed in 1917 at Cedar Point. However, no filing exists in Ohio state records.

On June 9, 1922, Fisher filed for a Foreign License/For-Profit corporation license for the Aero Joy Plane Company. The company is considered foreign because it was established in another state.

It was also reported that Traver Engineering Company purchased manufacturing rights for the Aero Joy Plane. This is according to an article in a February 4, 1950, issue of The Billboard – there’s more about that later in this article.

In 1923, West View Park purchased an Aero Joy Plane and had it installed. It opened on July 1, 1923 and was called Joy Plane.

It’s unknown who manufactured the ride. With Aero Joy Plane Company gaining an Ohio license in 1922, it is unclear why the company would have sold its manufacturing rights to its namesake ride.

If the reporting in The Billboard is accurate, perhaps John A. Fisher was having financial difficulties – especially since the reported Airplane Dips Company never appeared to actually be created. Perhaps Fisher needed to sell the manufacturing rights to Traver in order to cover debts.

In any case, several Aero Joy Planes were reportedly constructed, aside from the Joy Plane at West View. One was sold to a traveling amusement show, while one or two others were sold to other amusement parks.

The Aero Joy Plane Company survived until sometime around 1935. Records in Ohio state filings indicate the company had its license cancelled by the state tax department with notification on November 15, 1935. Available Pennsylvania state records do not indicate when the company became defunct.

In approximately 1940, both Fisher brothers relocated to Florida. John A. Fisher moved to Steinhatchee, while H. Wallace Fisher moved to St. Petersburg.  It is unclear if the Aero Joy Plane Company continued to exist after this point. However, John Fisher was granted a patent for an airplane / automobile muffler in 1941, while living in Steinhatchee.

John A. Fisher died at the age of 81, on December 26, 1949. His brother Dr. H. Wallace Fisher, died the following week, on January 2, 1950. In an obituary that appeared shortly after John A Fisher’s death, it was said that Fisher had the patent for the Tumble Bug and the Aero Joy Plane. The Billboard also ran a similar obituary. However, in their February 1950 issue, The Billboard ran a correction clarifying that Traver was the inventor and patent holder of the Tumble Bug.

Here are list of patents by John A. Fisher (and/or H. Wallace Fisher) related to amusement rides:

To read more about other ride manufacturers, click here.