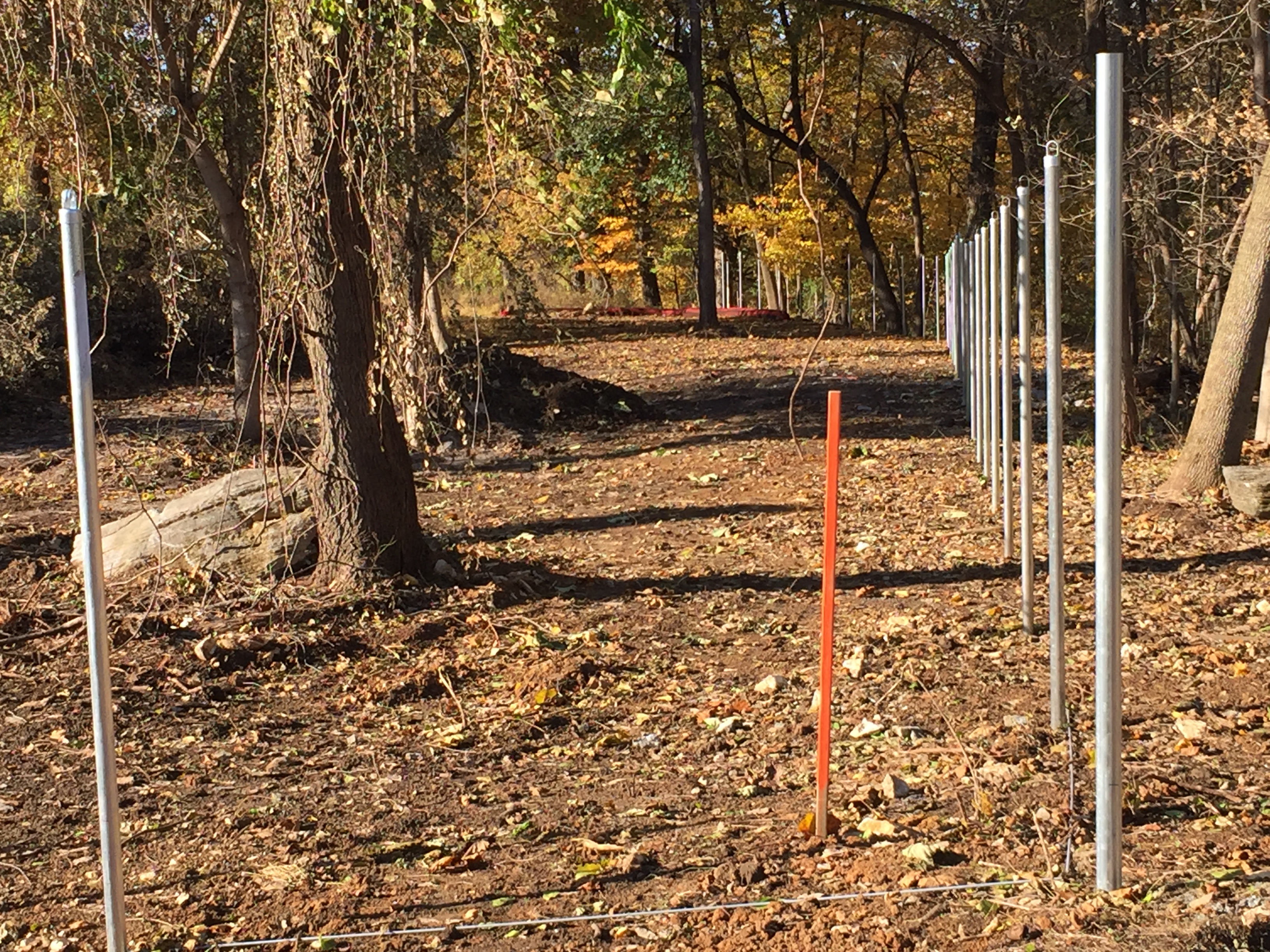 Construction of the perimeter gate for the expanded area of Hersheypark has continued. Fence poles have been installed on part of the fence line. It is set a handful of feet away from Park Boulevard, presumably to allow a public right-of-way for a fire lane, similar to what can be seen along Hersheypark Drive behind Midway America.

These pictures are along Park Boulevard about halfway between Chocolate World Way and Ridge Road.

Main construction for Hershey’s Chocolatetown is expected to begin in January.