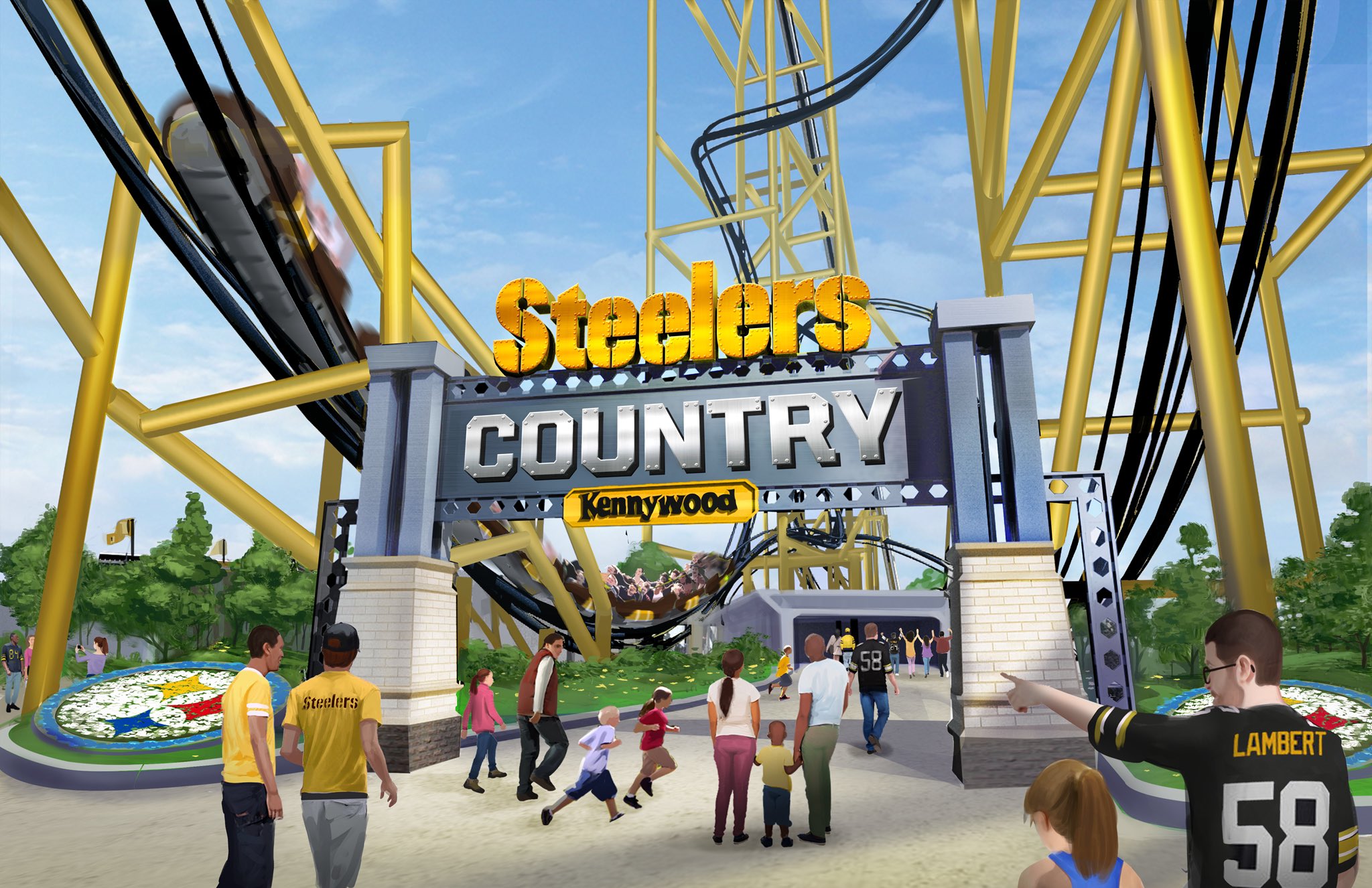 On July 19, 2018, Kennywood Park and the Pittsburgh Steelers announced a collaboration that has resulted in a new themed region being added to the park, which will be called Steelers Country. The main fixture of the region, which is roughly where Log Jammer used to stand, is The Steel Curtain, which will be the tallest coaster in Pennsylvania when it opens next summer.

The region will include a welcome plaza with a Steelers logo play fountain, games, dining, and more. The main dining option will be called End Zone cafe. There will also be a Steelers Experience area which will have things such as a 40-yard dash in which people can compare each other’s times, and a “Terrible Tower,” a way to emulate the game day experience at Heinz Field, where the Pittsburgh Steelers play.

The new Steelers Country section of Kennywood will take up 3 acres of land with a plaza, water features and the End Zone cafe. pic.twitter.com/EJQ7t88MyW

Get the full @steelers experience with games including the 40 yard dash, where you can compare your progress and performance against player times. pic.twitter.com/EiNndGuuq4

Steel Curtain will be manufactured by S&S Worldwide. This will be their second roller coaster in Pennsylvania after debuting Merlin’s Mayhem at Dutch Wonderland on April 28, 2018. They have built other attractions in Pennsylvania, including Hershey Triple Tower at Hersheypark.

The ride time will be about 2 minutes and the coaster will be 4,000 feet long. It will be 220 feet tall, a Pennsylvania record. Steel Curtain will feature a record nine inversions for the United States. There will also be a 197 foot-tall loop, a world record. There will be two 24-seat trains and they will reach speeds of 75 miles per hour.

If you were wondering, the #SteelCurtain will have an opening kickoff from the @steelers pic.twitter.com/BPaRXbAyOn

Want to support The Amusement Parkives? Consider a donation.