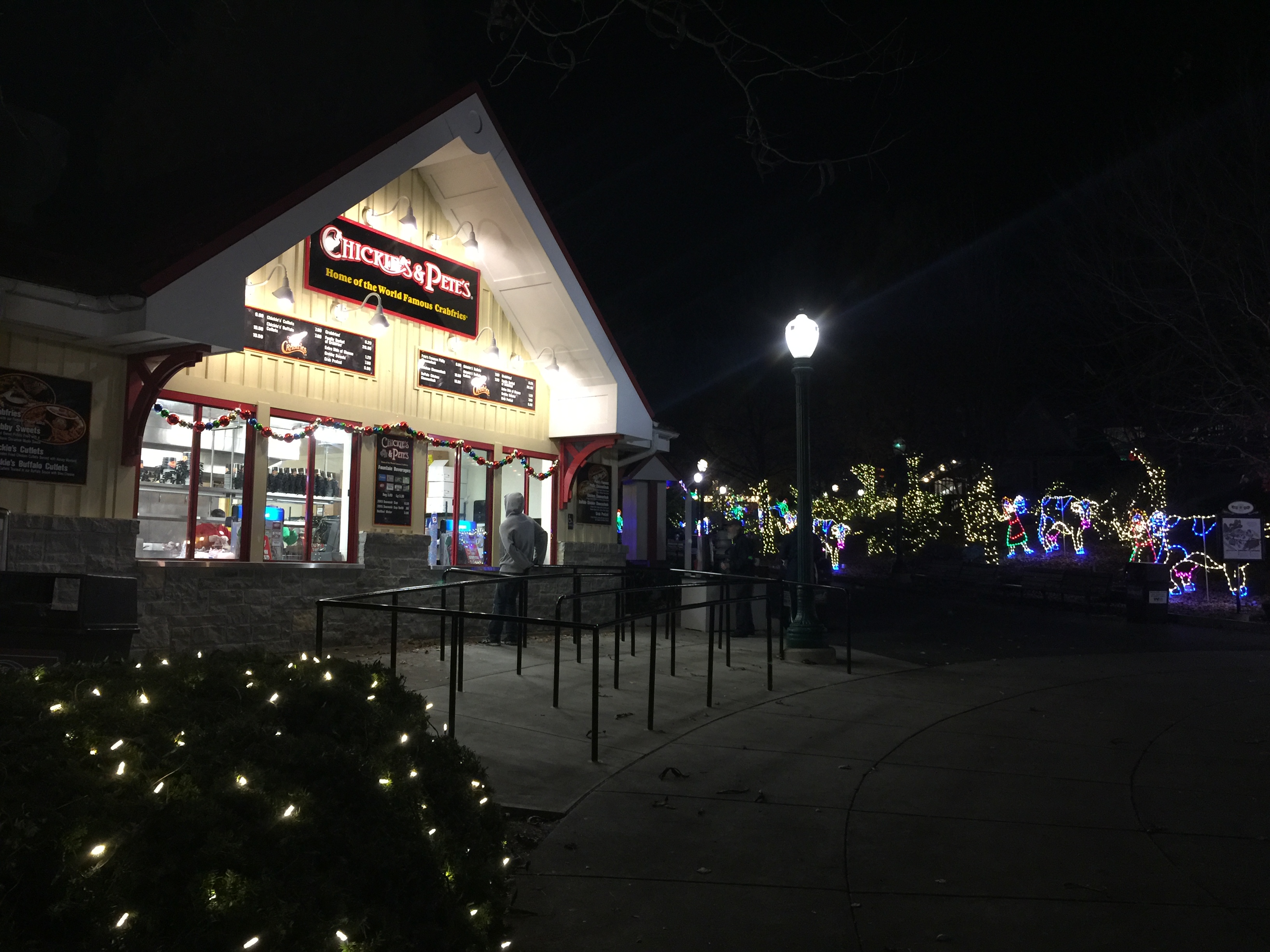 We are very excited to bring some of Chickie’s and Pete’s signature food to Hersheypark, especially our world famous crabfries.

Chickie’s & Pete’s was founded in 1977, and prior to opening in Hersheypark was already in Dorney Park, in Allentown, PA, and they also had a location inside Citizens Bank Park in Philadelphia. Since then, Chickie’s & Pete’s has expanded to other parks including Cedar Point and Carowinds, and other venues such as PNC Park in Pittsburgh.

When Chickie’s & Pete’s opened in Midway America, aside from their famous crabfries, menu options included their Philly Cheesesteak and the crab pretzel. The food stand was announced on December 17, 2013.

The Chickie’s & Pete’s addition was one headliner amongst three rides Hersheypark was opening in 2014 (a family gravity roller coaster, Cocoa Cruiser, a kiddie ride, Sweet Swing, and a family ride, Teacups).

In 2016, Hersheypark somewhat unexpectedly added a second Chickie’s & Pete’s location. This location is in the Pioneer Frontier Food Court. The same menu options are available at both locations in the park. It was placed right next to the Moe’s stand, which opened in 2015.

To read about other restaurants in Hersheypark, click here.