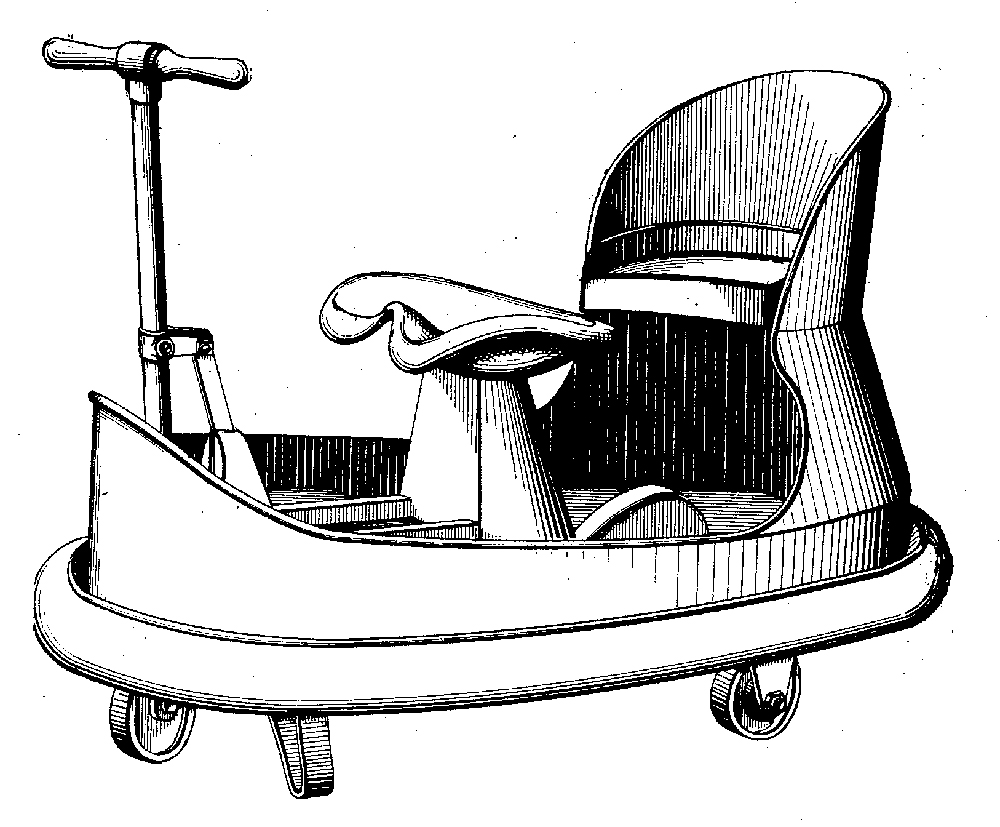 In 1926, the building was used for a ride once more – the aforementioned Skooter. The cars for Skooter were manufactured by Lusse Brothers, Inc., of Philadelphia. According to an article in the Hershey Press in 1926, the Skooter building was 40 x 50 feet in size, and the building would hold 16 bumper cars – 8 singles, 8 doubles.

Unfortunately, no photos of Skooter knowingly exist. However, thanks to the website Lusse Auto Skooters, we can see what model skooters the park had. Lusse had released a new model car for the 1926 season, and this is what Hersheypark had in their Skooter ride.

Skooter remained in Hersheypark through the 1930 season. When the ride was removed, the building was torn down and replaced by The Pretzel, the park’s first dark ride (that wasn’t a funhouse). No reason was given as to why Skooter was removed rather than relocated.

The next skooter ride, Auto Skooters, would be installed in the hollow in 1938.