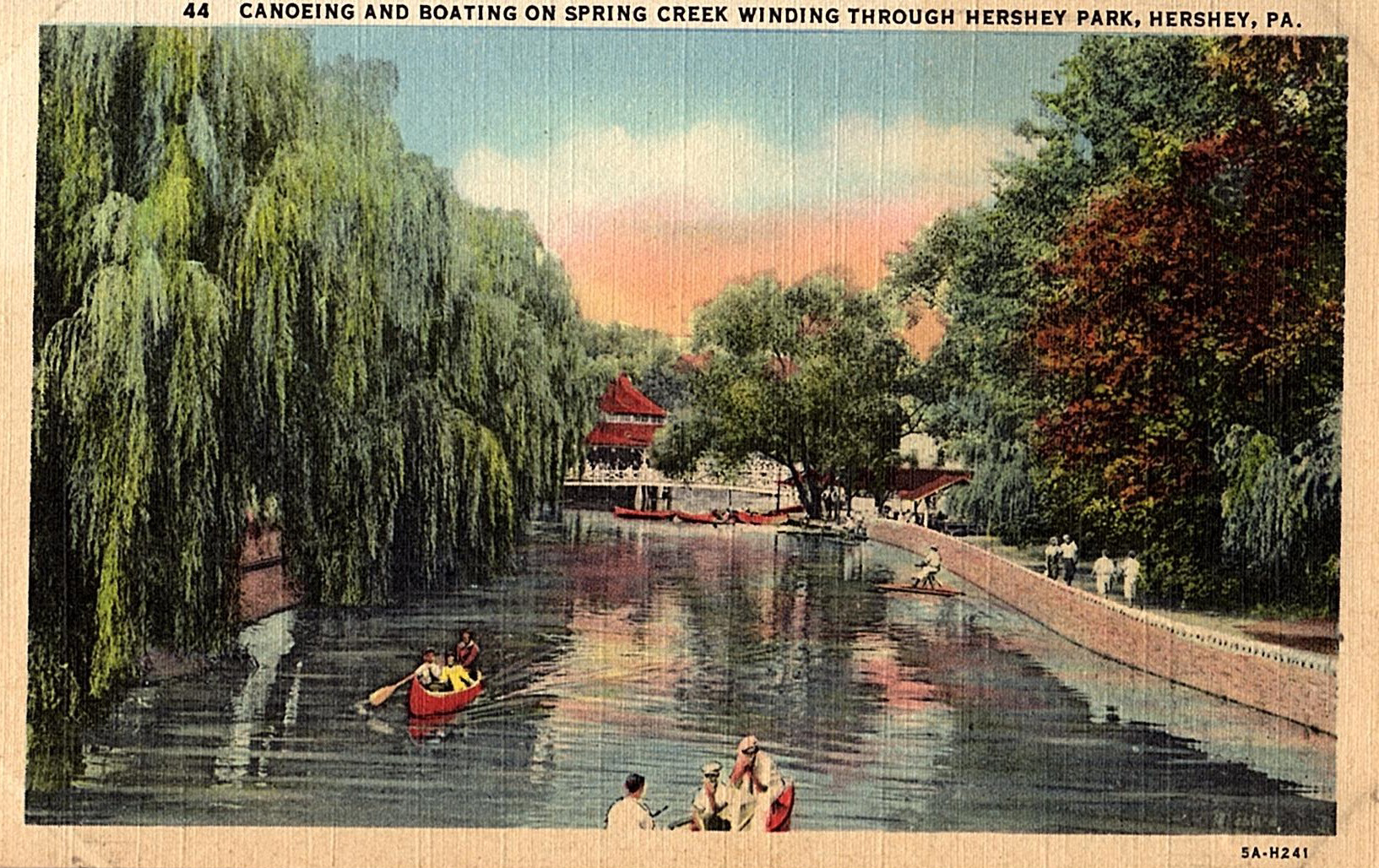 Hersheypark had a variety of water attractions on Spring Creek over the years. While the park no longer has any (since the end of the 2006 season), this was still a mainstay for many of the years the park has been open.

In 1931, Hersheypark installed a new boat ride called Bike Boats. These were promoted as being a popular ride from Europe. An example of a bike boat can be seen in this stock photo.

The image in the advertisement above originates from a photo of a Bike Boat being displayed at the 1930 Los Angeles Boat Show. You can especially see the similarity in the edge of the pool, as well as there being four flags on the Bike Boat.

A bike boat can be seen in a Curt Teich postcard of Spring Creek.

Other Curt Teich postcards has a Bike Boat in it. These two are from approximately 1940.

The concept of the ride was pretty much having a bike mounted on water skis. You could propel yourself by peddling and control direction by turning the handlebars. The boats were said to be stable enough on the water to not flip over, so this was a safer option for those concerned about boating on the creek.

Aside from the canoes and rowboats the park had, the Bike Boats were also complimented by another boat ride, Custer Specialty Company Paddle-About, in about 1936. By the end of World War II, it appears that both the Bike Boats and Paddle-About rides were retired, with canoes being the only boats seen in post-war photos of Spring Creek.

Hersheypark wouldn’t install another kind of paddle-boat ride until 1982, when the park installed the upcharge ride Paddleboats.