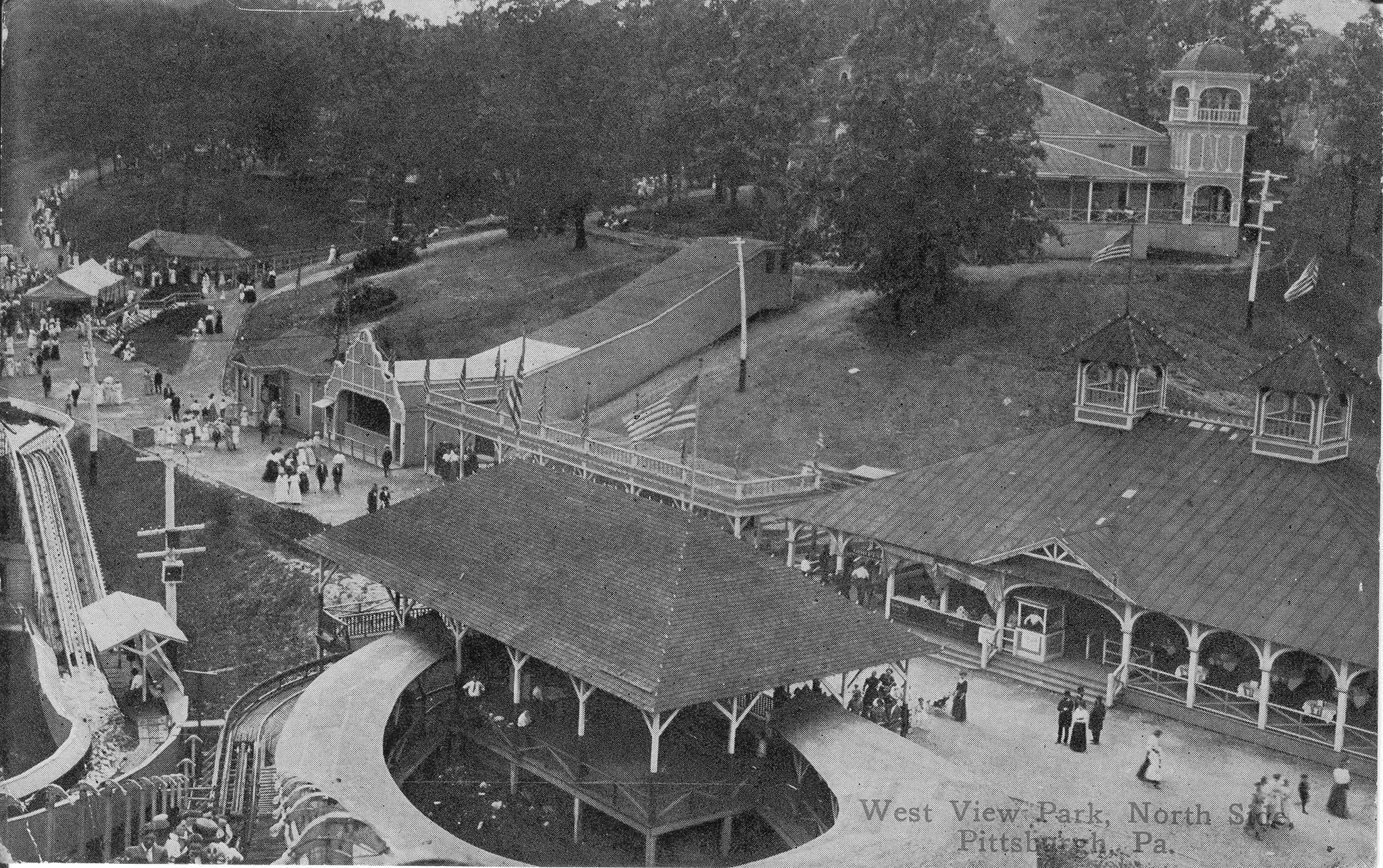 Katzenjammer Castle was a type of funhouse that was commonly seen in the 1890s through the 1910s.

West View Park‘s version was constructed by T.M. Harton Company as part of the updates for West View’s second season of operations, in 1907.

Katzenjammer is a German word meaning hangover. Alternatively, katzenjammer can also mean confusion, which was the intention for this kind of funhouse. Katzenjammer Castles were fairly similar from park to park – the entrance was on the left, with the exit to the right, and a ticket booth in the middle. An example can be seen above.

Unfortunately, very little is known about West View’s first funhouse. Katzenjammer remained open through the 1914 season. In 1915, a new funhouse was opened, Hilarity Hall. Below are a couple of descriptions of other Katzenjammer Castles.

[Katzenjammer] Castle, also a fun house, contained a large slide terminating in a large wooden bowl (10 feet high and 30 feet across). There was also a rotating disc ride where the riders seated themselves as close as possible to the center. When the ride started, the rotation speed was slowly increased until the riders were thrown off the spinning disc. If a rider was lucky enough to get in the center position and not thrown off, the ride operator would deliver a low voltage shock to the rider’s bottom to convince him to move!

From entrance to exit every step is one of surprises and each surprise is one of laughter making. The “Castle” is the most self supporting of all the attractions in this or any other park, for every visitor becomes an agent to induce others to follow his example. Everyone wants the world to laugh with him, and when he goes through the ” Katzenjammer Castle ” and laughs till his sides ache then he wants all of his friends and neighbours to “go and do likewise.” There is no selfishness in the advice either, for every man is benefitted by a good healthy, hearty laugh, and that is what is guaranteed to all visitors to the ” Castle.”

If you have any information about or pictures of West View Park’s Katzenjammer Castle, please contact me in the comments section below or through The Amusement Parkives Facebook page.