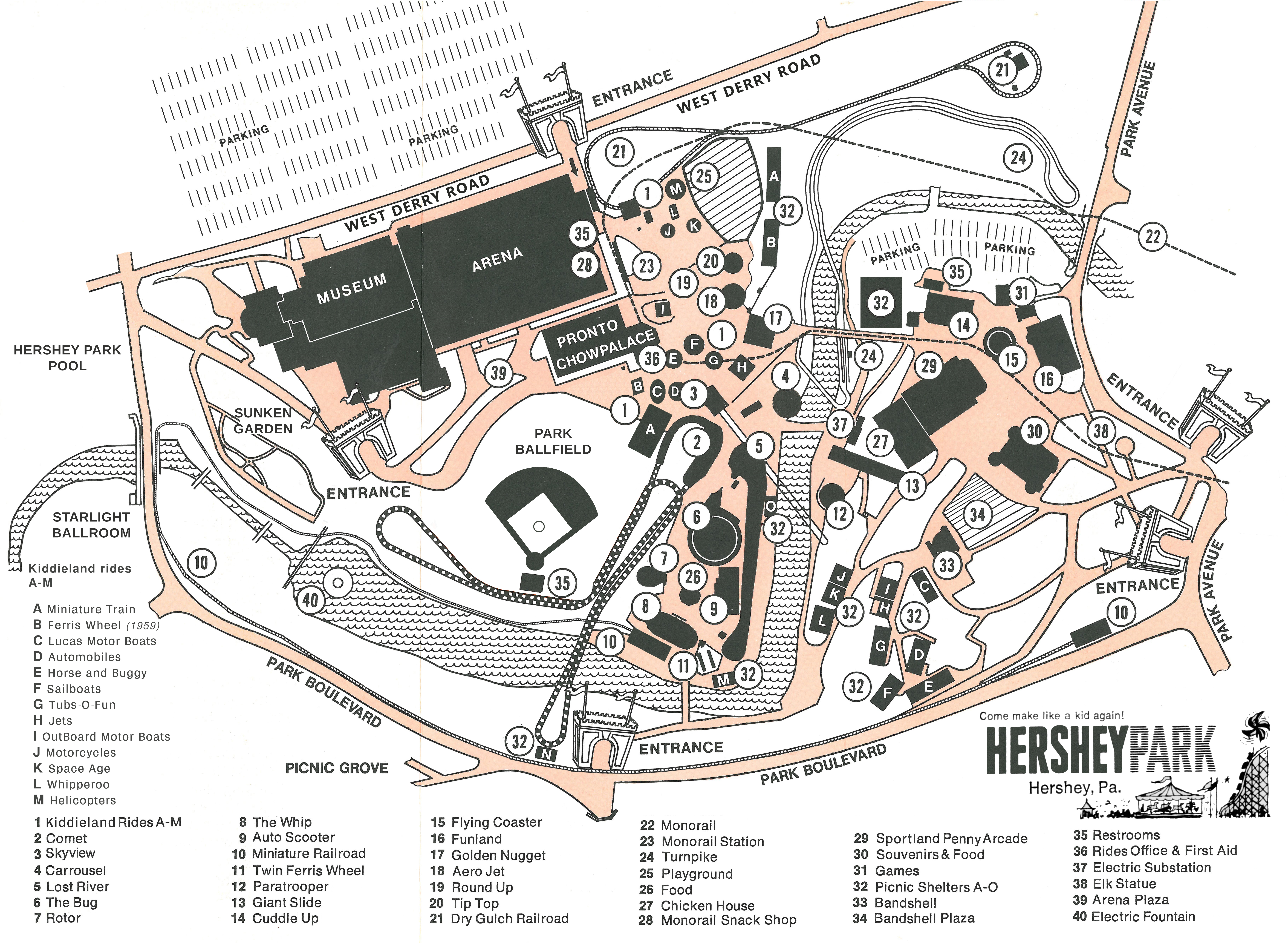 When Hersheypark opened for the 1971 season on April 18, 1971, things were quite different. The park was gated, and there were five entrances around the park’s perimeter. Even the name of the park was different, as the park went from being named “Hershey Park” as two words, to one word: “Hersheypark.” (I’ll be writing more articles about Hersheypark in 1971 and 1972 in the future.)

One thing Hersheypark did not do this season was produce a map of the park.

As a result, I recently decided to make my own version of a 1971 map of the park. This hypothetical map is based off the map the park produced in 1972. The work that went into making this was pretty intensive, but it was a lot of fun.

The hardest part was definitely putting Miniature Railroad on the map.