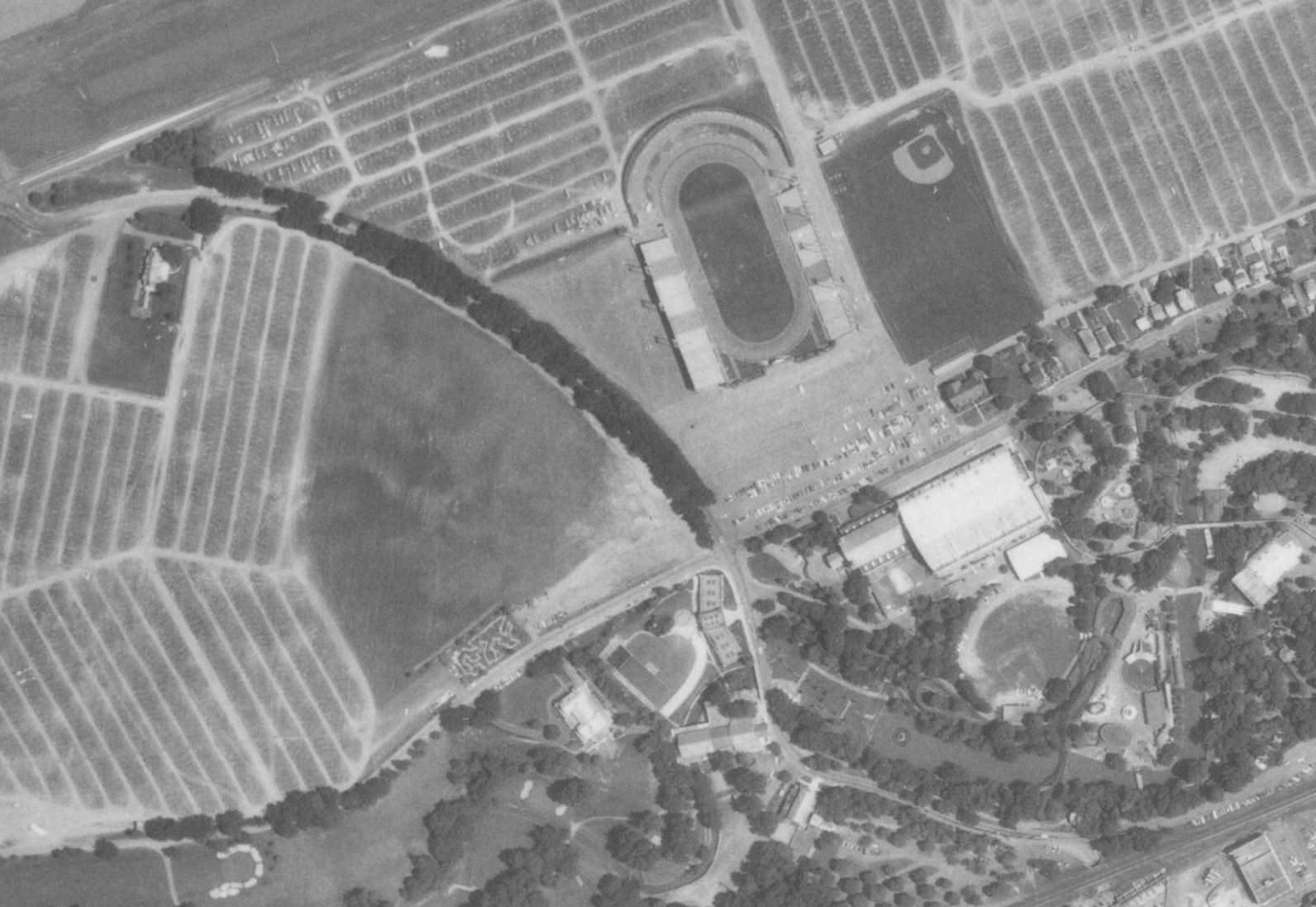 With the new Park Boulevard opening in late 2016, I thought this would be a good time to look at the last time Park Boulevard was relocated, in 1972.

This project was designated “Off Site Road & Tram Turn” and was estimated to cost $87,000. $42,000 for the Park Boulevard curve, $45,000 for the Tram Turn-Around. This was then expanded to be part of an even larger project, which included a tram shelter, landscaping and a fountain. These parts of the larger project were estimated to cost $215,000.

The Park Boulevard relocation project was approved by the Board of Supervisors of Derry Township on May 8, 1972. This project required the main building for the old Hershey Park Pool – the bath house – to be torn down. The first phase of the project, building the new road, began quickly after approval and only took about two months to complete. On July 28, 1972, the new Park Boulevard was opened and the old intersection of Park Boulevard and West Derry Road was closed.

Eventually, all of West Derry Road would be replaced by the expansion of Hersheypark beginning in 1980, and the opening of the Giant Center in 2002.

On this map I made in Google Maps below, you can see the area surrounding Hersheypark today. I have created several layers to show the way the roads were. The first layer is West Derry Road, the second is Park Boulevard, and the third is Miscellaneous.

You can turn any of the layers on and off by clicking on the button on the top left next to the title of the map which is “West Derry Road and Park Boulevard prior to July 28, 1972.” This will open up the panel showing you the layers. You can click on the checkmark to toggle the layer on and off.

You can click on any of the icon markers on the map to read a description. In a few cases, an image is included to show a map of the spot in the past.

Believe it or not, there once used to be a small village called Spring Creek, or Springville, which was along the north side of West Derry Road near the Derry Road – Park Avenue intersection. I’ll be writing more about the history of West Derry Road, which will appear sometime in late spring or summer.