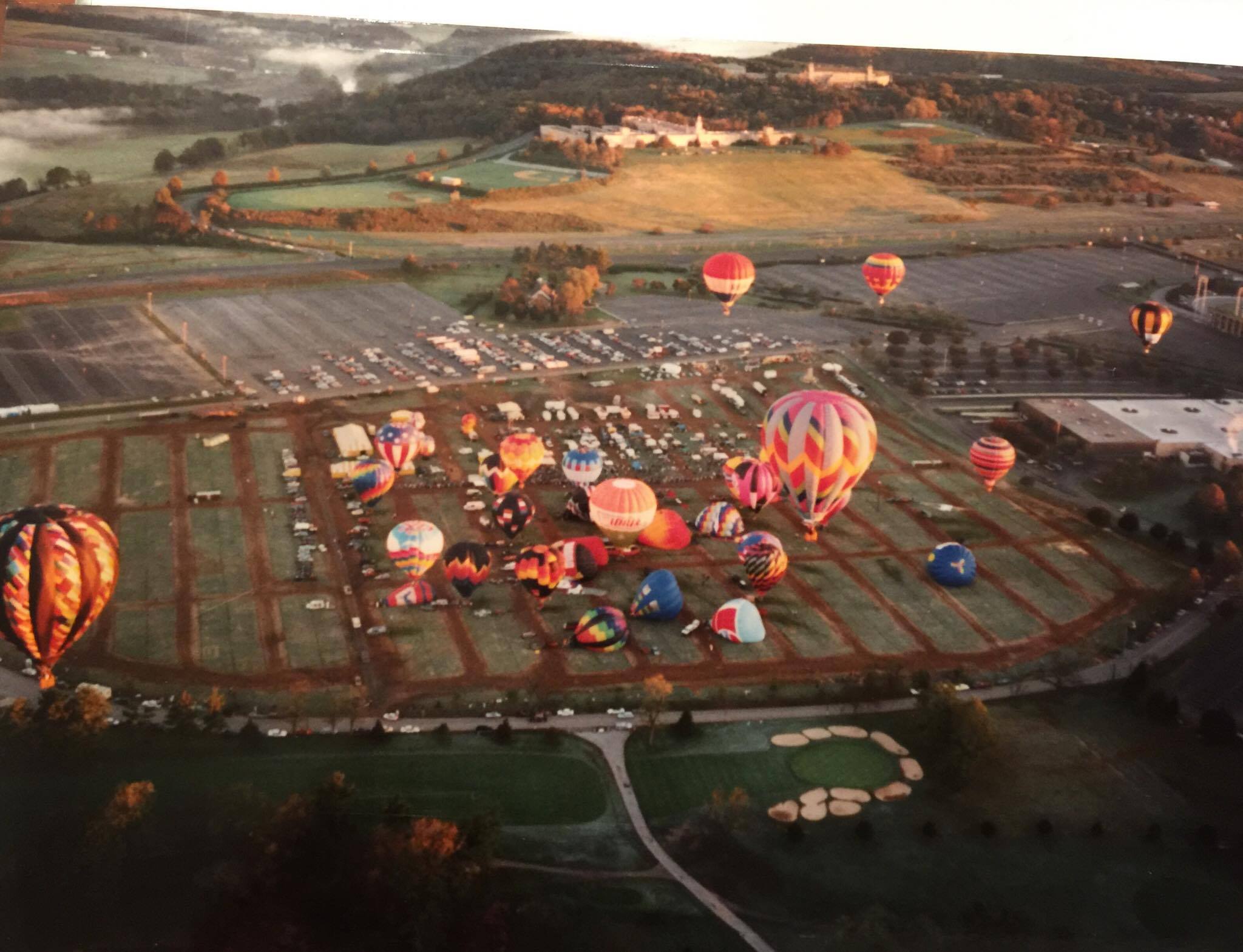 The featured image seen on social media posts is courtesy of Debra Brooks. The picture is dated circa 1990.

Hersheypark Balloonfest was an event held in October of every year between 1989 and 2002. This event featured approximately 50 hot air balloons that launched from a field adjacent to the parking lots of Hersheypark.

Hersheypark BalloonFest began as FOX 43’s Hometown Hot Air Balloon Classic. It was announced in late August 1989 by the management of television channel FOX 43 WPMT from York, Pennsylvania. The Classic was held in coordination with radio station WNNK-FM 104, Hersheypark, and the National Balloon Racing Association. The event was supporting the Make-A-Wish Foundation.

The event was typically held over multiple days and in some years even over two weekends. In 1995, the Balloon Classic was reorganized and renamed.

There many other events held alongside the launch of hot-air balloons. In 1998, for example, a new event was added to the BalloonFest schedule. Called OktoberSaloonFest, this was a microbrew sampling event. Food fare included German snacks and a full meal.

Many arts and craft stands were also at BalloonFest, usually around 100 in total. Entry to BalloonFest was free, though events such as OktoberSaloonfest had a separate charge. These stands were reduced and eliminated in the last two seasons of the event.

The final BalloonFest was held on October 27, 2002. It was held despite the construction of Giant Center; the building is located on the site where most of the hot-air balloons launched from in prior seasons.

According to Times Leader of Wilkes-Barre and Luzerne County, Hersheypark BalloonFest was “a nationally acclaimed balloon festival, winning Balloon Life Magazine’s award for the best balloon event in the east for two years running [1997 and 1998].”