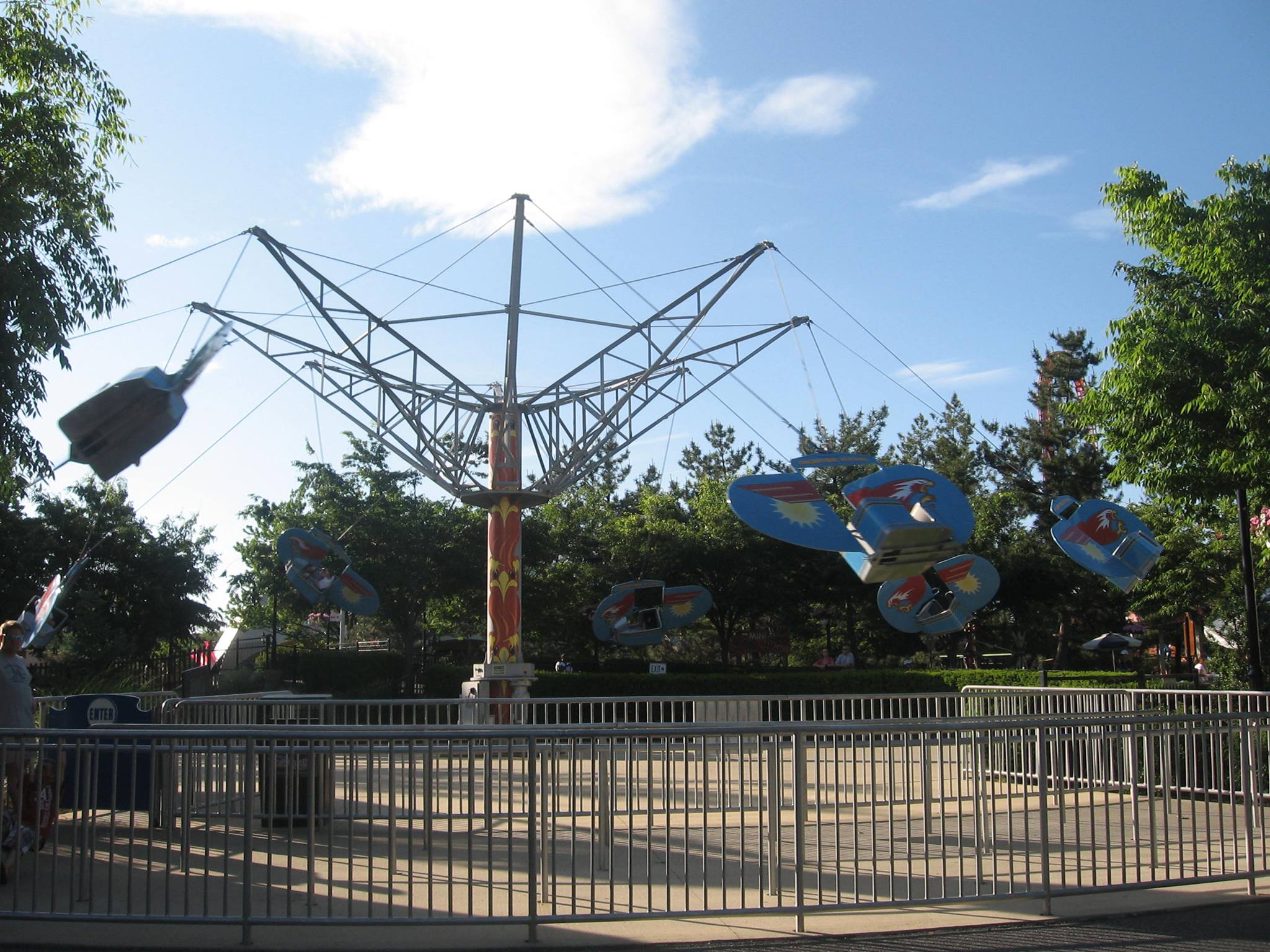 This is my regular Tuesday series about ride manufacturers who have made rides for Hersheypark. Today’s article is about Larson International, Incorporated.

Hersheypark has another well known Larson ride, a Flying Scooters called Frontier Flyers. Installed in 2003 behind Dry Gulch Railroad’s station and Pioneer Frontier Food Court, the ride has 8 cars, allowing for 16 riders at a time. You are spun around in a circle and you can control how far the car swings out from the center by controlling the wing on the back of the car.

Hersheypark had a prototype version of this ride, called Aerial Joy Ride. Frontier Flyers was installed as a recall to that ride, which was in Hersheypark from 1941-1961.