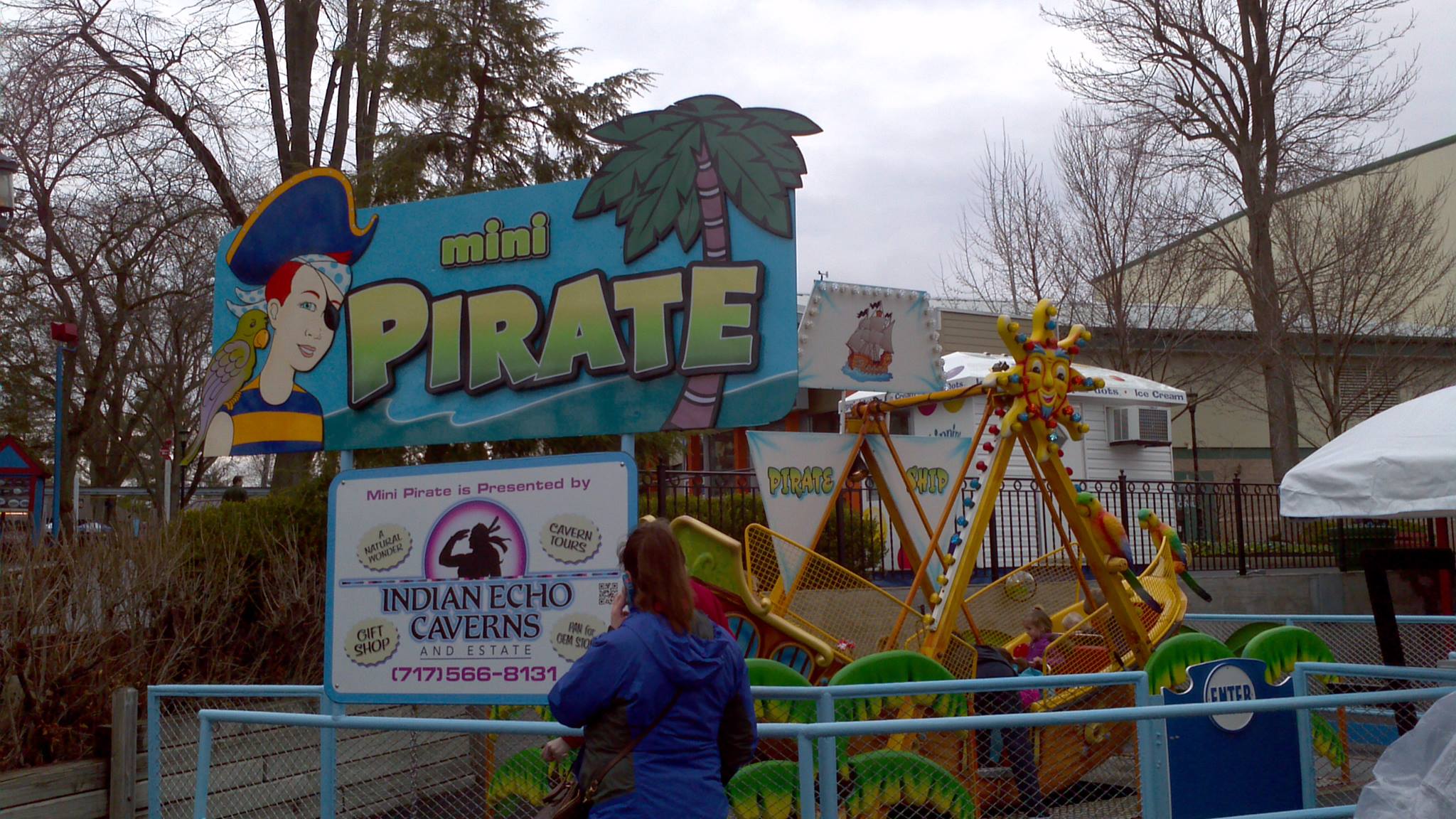 This is my regular Tuesday series about ride manufacturers who have made rides for Hersheypark. Today’s article is about SBF-VISA Group.

SBF-VISA group is based in Casale di Scodosia, Italy. The name of the company comes from the combination of two companies, S.B.F. Srl, and VISA International (no relation to the credit card company, Visa).

S.B.F. Srl, was started by Italo Frison in 1952 and was formed as an Srl (the Italian version of an LLC) in 1959, making bumper cars and various kiddie rides. VISA International was started in the nearby town, Montagnana, in 1990.

Hersheypark purchased one ride from SBF-VISA in 2002, a Mini-Pirate. Hersheypark used this ride during Christmas Candylane 2002, operating the ride under one of the Giant Wheel arms (Giant Wheel was not operated during Candylane). The ride was permanently installed in 2003, replacing Earthmovers. Earthmovers was relocated to Dutch Wonderland.

Mini-Pirate is a miniature kiddie version of the Pirat, located on the north side of Music Box Theater, from where Mini-Pirate is situated. Mini-Pirate sits adjacent Fender Bender and Dizzy Drums, as well as Ladybug. The ride can fit 12 kids.

Mini-Pirate continues to operate in this spot to this day.