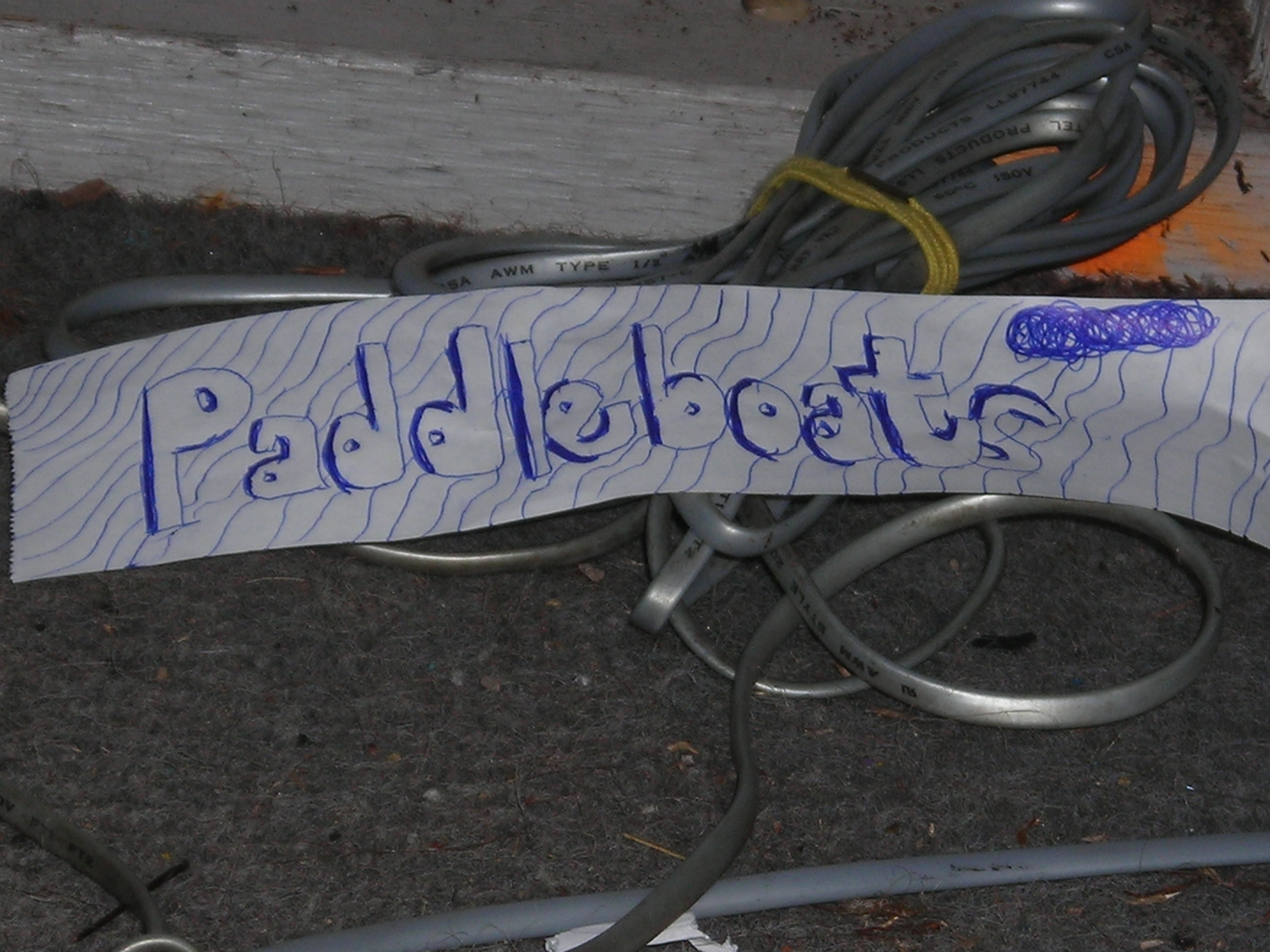 This is my regular Tuesday series about ride manufacturers who have made rides for Hersheypark. Today’s article is about KL Industries.

In 1982, Hersheypark renovated the hollow into Spring Creek Hollow. One of the rides added were Paddleboats. This ride was manufactured by KL Industries, of Muskegon, Michigan.

Paddleboats was an extra-charge ride, meaning you had to pay money in order to ride it. The ride typically cost five dollars per rider over the years. In the ride’s final season, 2006, it cost six dollars per rider.

When a group would pay to ride the Paddleboats, you would then go to the dock where there was a floating dock. Boats would be loaded between the dry tock and floating dock. Attendants would help keep the boat steady so guests could get in the boat. Up to three people were allowed in a boat. You were permitted to boat from the low bridge near Comet all the way to Comet’s bridge over Spring Creek. There were signs at either end of the area which told people to not go beyond those points.