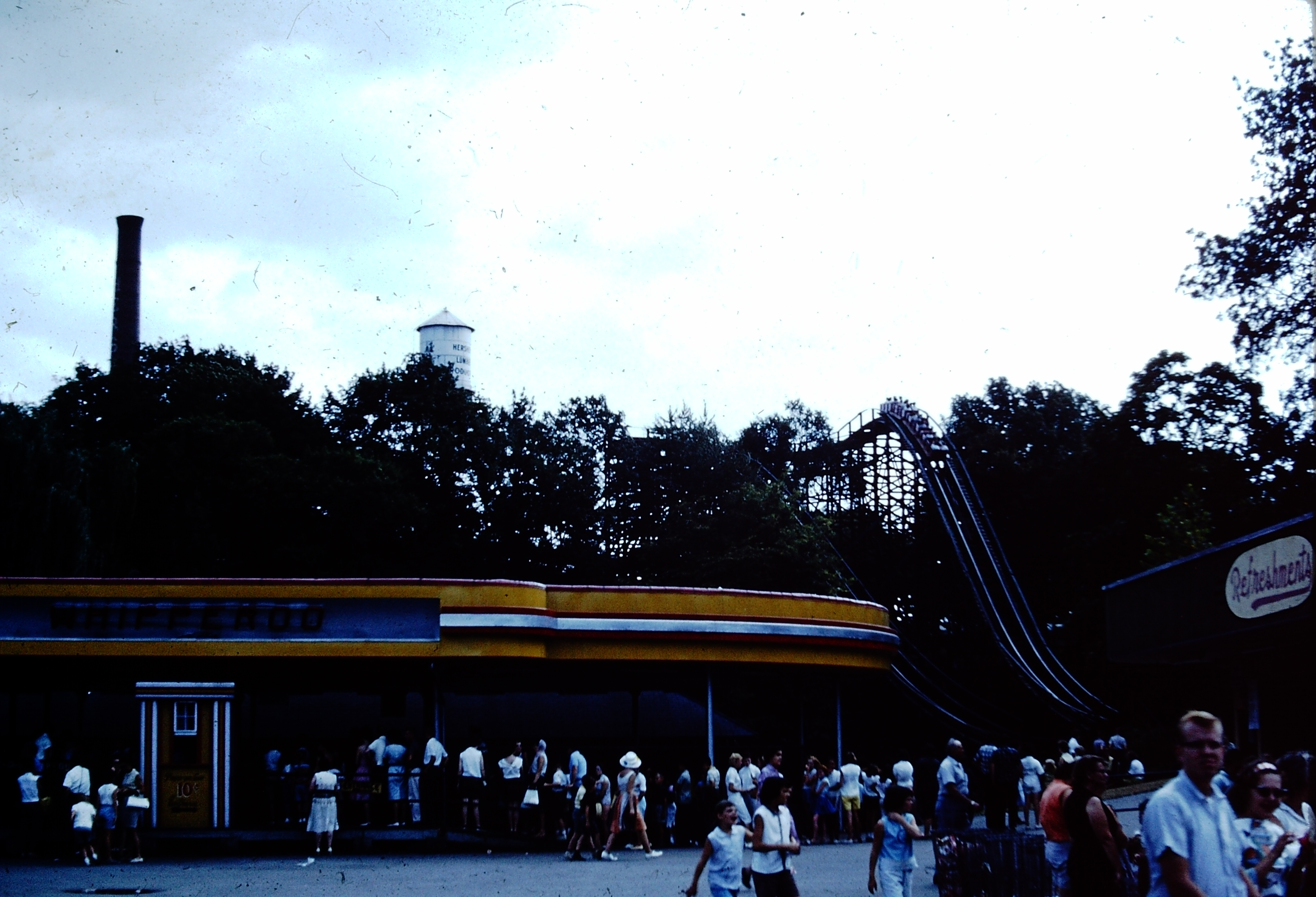 This is my regular Tuesday series about ride manufacturers who have made rides for Hersheypark. This article is about the company, W.F. Mangels Company.

Hersheypark currently operates two W.F. Mangels Company rides, both which were purchased and installed for the 1979 season. The only other ride Hersheypark previously owned was The Whip, also called Whipperoo.

William Mangels started a ride manufacturing company in 1890, and his rides became well renown and some still exist to this day. Mangels produced carousels and a variety of other rides – the best known ride was the Whip. This type of ride was introduced in 1914.

Hersheypark ordered a Mangles Whip and opened it for the 1937 season. It was placed in what is now The Hollow, near where is now the station of sooperdooperLooper. The ride operated in that location initially uncovered. It was eventually covered with a roof around 1940.

The Whip was also called Whipperoo at times. Following the 1972 season, it was relocated to the spot where Funland had stood. After the 1975 season, Whip was removed. It wasn’t until 1997 that a new Whip was installed, manufactured by Rideworks, Inc., in the Midway America section of the park.

The two other rides Hersheypark has were kiddie rides installed in 1979 – Livery Stables and Pony Parade. These two rides originally operated at Steeplechase Park in Coney Island, New York. They had been in storage since the park’s closure in 1964. Both were installed in Steeplechase circa 1940.

Livery Stables is a kiddie carousel – Mangels called the ride a “Kiddie Galloping Horse Carousel”. After Hersheypark installed the carousel in 1979, it was named Antique Kiddie Carrousel and Antique Mini Carrousel and was placed near Fender Bender, approximately where the Milk Can game is located today. When the ride was relocated to Pioneer Frontier Food Court in 1985, the ride was renamed Livery Stables, to match the theme of the area.

Hersheypark also installed Livery Stables to celebrate the anniversary of the PTC carousel located in Carrousel Circle. PTC #47 was built in 1919 and turned 60 in the 1979 season.

Pony Parade was installed in 1979 and was a kiddie horse & buggy ride manufactured by Mangels Company. It was installed in Trailblazer Hollow near the Trailblazer Theater. It was originally named Pony Carts (or Ponycarts) and was then renamed Pony Parade circa 1985. In 1997, it was relocated to Midway America, along with Granny Bugs and Miniature Train. It was relocated again to a different spot in Midway America, near Ferris Wheel (1997), in 2015.

William Mangels lived until 1958; his son ran W.F. Mangels Company for some time after that. Unfortunately, the company went into bankruptcy in the mid-1970s and closed by 1980. Fortunately, Hersheypark saved two of the Steeplechase Park rides and continues to operate them to this day.