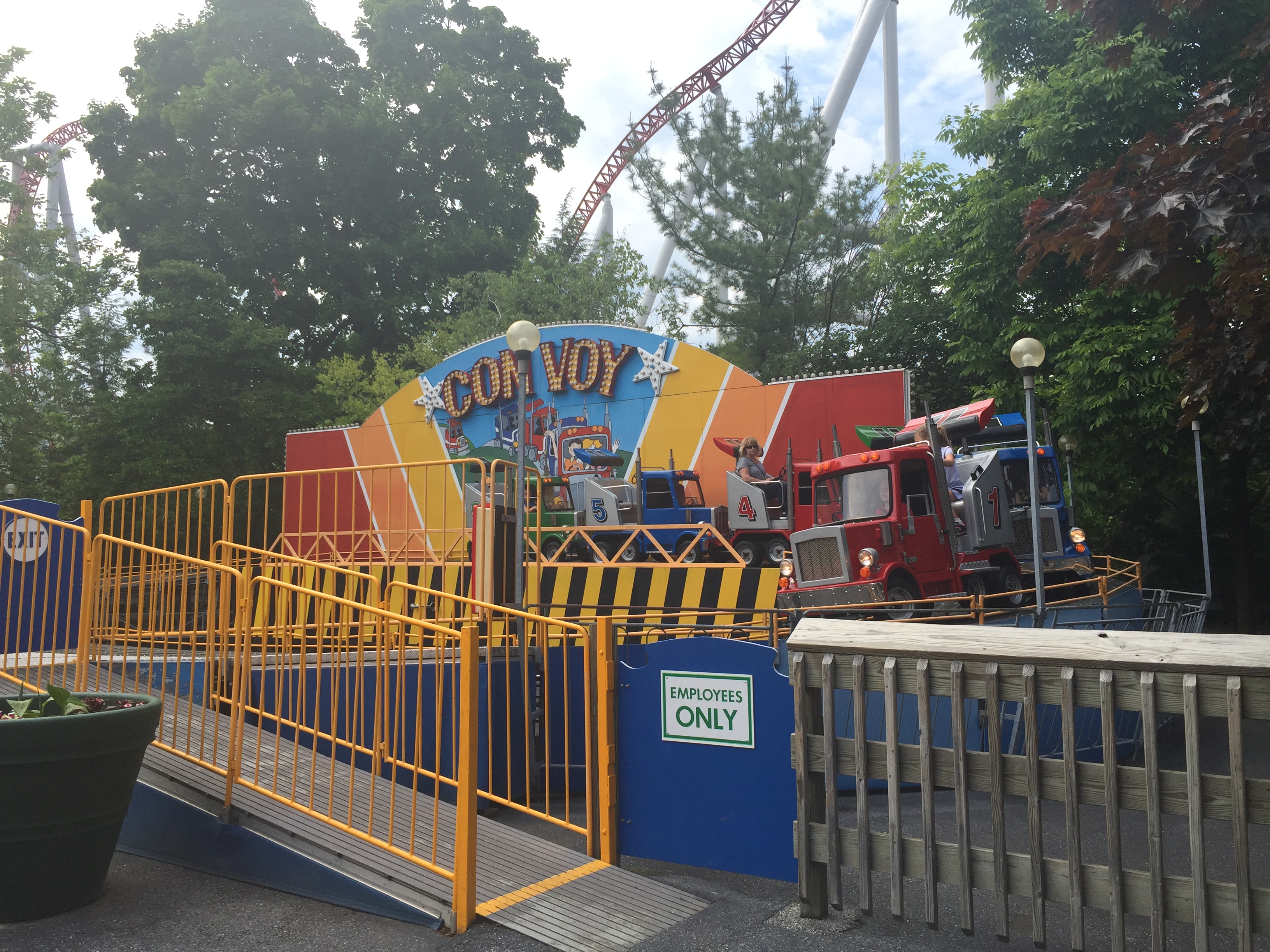 This is my regular Tuesday series about ride manufacturers who have made rides for Hersheypark. This article is about the company, Antonio Zamperla, S.p.A..

Zamperla is a ride manufacturer founded by Antonio Zamperla in 1966. This year marks the company’s 50th year in business. Antonio Zamperla founded the company based on the idea that adult rides could easily be scaled down to kiddie rides. Zamperla also builds roller coasters generally meant for kids or families.

Hersheypark has purchased seven rides from Zamperla over the last approximately 30 years. As a result, Zamperla is one of several rides manufacturers to provide a significant number of rides to the park.

The first ride Zamperla made was installed in 1985.

The first ride Hersheypark purchased from Zamperla was Swing Thing. Installed in 1985, this is a kiddie chair swing ride. It was placed nearby Ladybug, in a spot where Dizzy Drums and Whipperoo were located. (Dizzy Drums was relocated next to Earthmovers and Whipperoo was relocated to Pioneer Frontier food court and renamed Wells Cargo.) In 2003, a height change requirement was made to the ride, resulting in the creation of the Miniatures height category at the park which resulted in several other rides being changed as well.

Several rides manufactured by Zamperla were installed in the 1990s.

Convoy was one of two Zamperla kiddie rides installed in Minetown (now Kissing Tower Hill) in 1990. This was a convoy type ride. There were a line of six trucks that had two seats inside the cab and two seats outside cab. For a number of years, Ben & Jerry’s sponsored the front car. After the sponsorship ended (which ended when the Ben & Jerry’s ice cream location was ended), the front cab was repainted to match the other trucks. Convoy was placed along with two other kiddie rides where Coal Shaker had been until the end of the 1989 season.

Red Baron was the other Zamperla kiddie ride installed in Minetown in 1990. It was placed adjacent to Convoy. This is a mini plane ride styled to look like “Red Baron” airplanes from World War One. When the miniatures height category was created, this was one of the rides impacted, as miniatures were not able to ride.

Tiny Tracks was a miniature train ride installed in Carrousel Circle (part of Founder’s Way today) in 1995. The ride went around for two cycles on a course with several curves. The ride was placed into storage after the 2011 season. Tilt-A-Whirl, which had been moved to Comet Hollow (now The Hollow) prior to the 1995 season, was moved back to it’s original location for the 2012 season.

This resulted in Tiny Tracks being in storage until the late part of the 2014 season, when construction began on a new roller coaster – Laff Trakk. When another miniature train ride was placed into storage (Miniature Train), Tiny Tracks was temporarily placed in Midway America. It was then permanently reinstalled in 2015, in the area where an overflow queue for Lightning Racer had been.

Hersheypark’s second kiddie coaster was opened in 2014, on the spot where Tiny Timbers had been. This is a compact family gravity coaster named Cocoa Cruiser. It has a six car train and goes around the circuit two to three times. It has a mid-course helix element.

The second Zamperla ride installed is Sweet Swing – a “Happy Swing” ride. The ride accommodates 6 guests on each side of the swing. This is located in The Hollow, where Mini-Comet used to operate from 1974-1975.

The third and most recent ride installed is the Tea Cups ride. This is a “Midi Tea Cups” model, with four cars. There is a large tea kettle in the middle of the ride. This was placed adjacent to Sweet Swing in 2014.