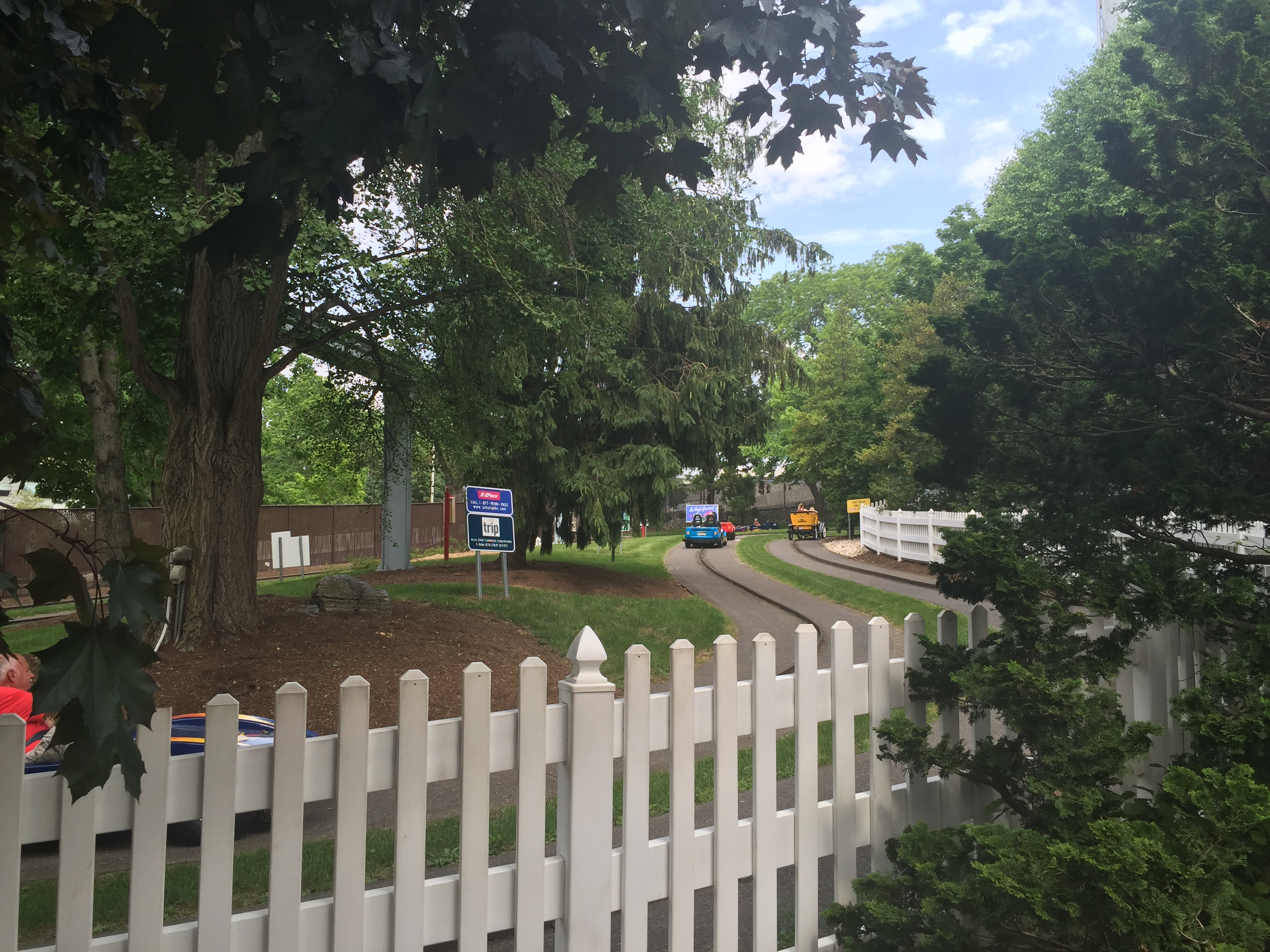 Hersheypark has had 5 different Turnpike rides over the years. This is the final article in this series and is about the existing two Turnpike rides, Twin Turnpike.

The two courses were laid out parallel to each other, with a twin station. The track was a big oval, shaped like a dog leg. There are several hills on the ride, making the ride a little more difficult for smaller children.

There are separate entrances for the Antique Cars and the Sports Cars. Over the years, the ride has been sponsored by Sunoco.

In 2003, an on-ride photo was added. This required the roofs to be taken off the antique cars. In 2018, the Antique Cars were replaced with a new fleet of cars manufactured by Gould Manufacturing.

To read about Hersheypark’s other Turnpike rides, click below.