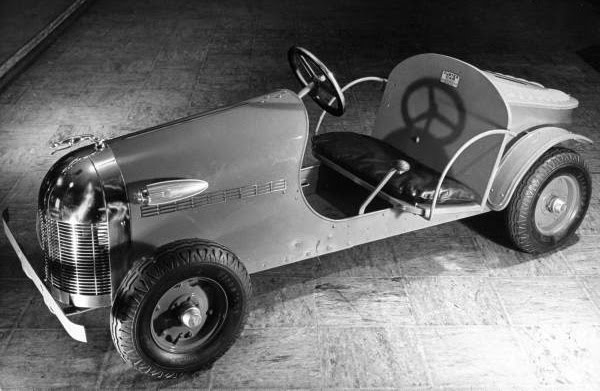 Hersheypark was increasing in popularity throughout the 1930s, and to meet the growing trend with rides in other amusement parks, Hersheypark installed a ride manufactured by the Custer Specialty Company.

Known as the Custer Car Ride, this was installed in 1936 near and behind the park’s first funhouse called Funhouse, The Bug, and Mill Chute.

In relation to where it would be for today’s park, it would be right where most of Comet is, specifically not the first turnaround after the first drop or the dog leg.

The Custer Car Ride had a set of cars that were powered by gasoline. It operated until at least 1942 and was removed after the 1945 season. Hersheypark stated in promotional materials that in 1943, 1944, and 1945, the park kept every ride they had prior to the war. At the very least, if the Custer Car Ride was not operated at some point during the war, it was left standing, but not operating, until the end of the 1945 season.

The Custer Car Ride was removed to accommodate the addition of Comet, which was built to replace The Wild Cat.

The next Turnpike ride would not be installed until 1955: Kiddie Turnpike.

The cover of the book Images of America Hersheypark features the Custer Car Ride.

For more information on other rides in Hersheypark, click here.