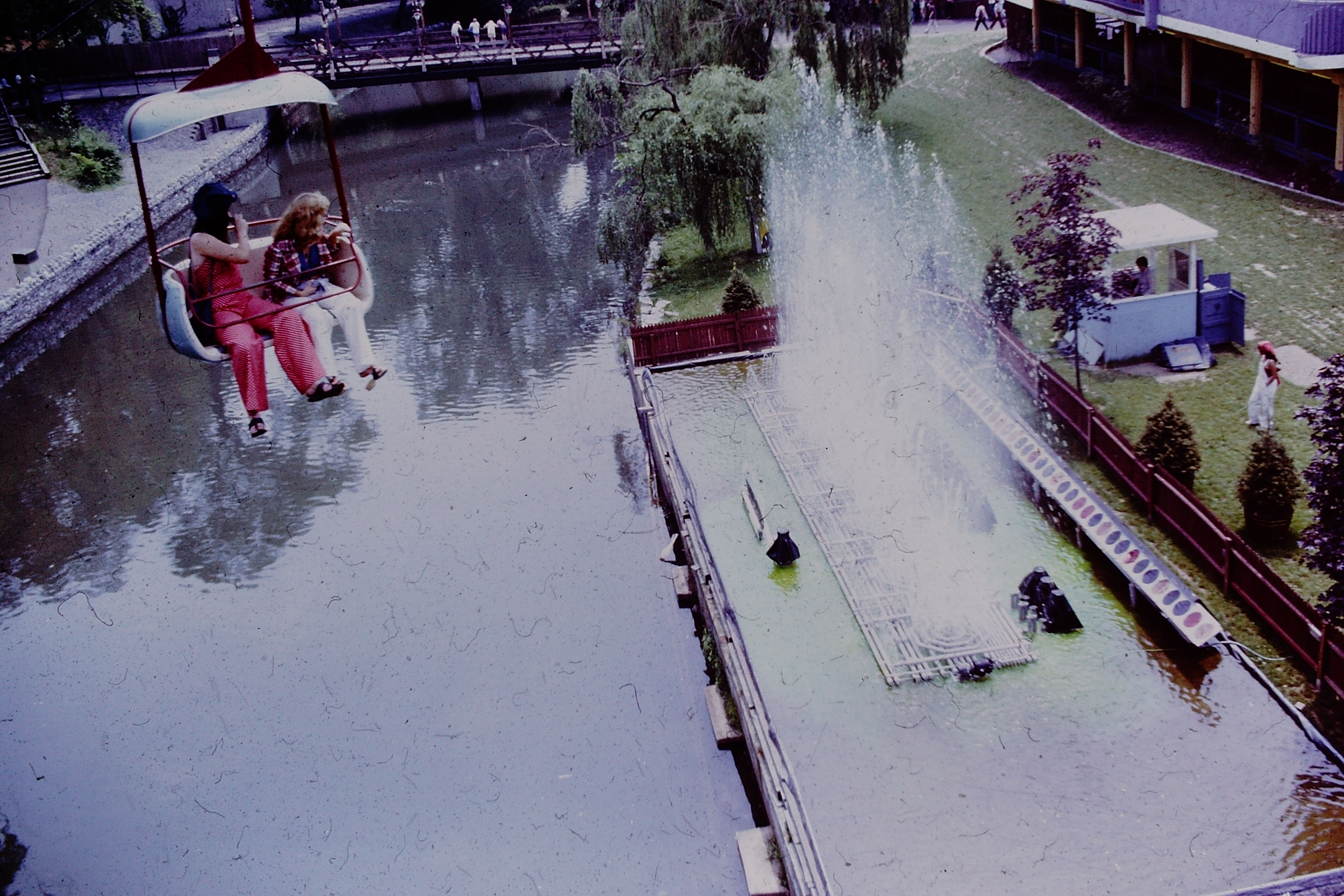 After the 1972 season, Hersheypark had to figure out what to do with the empty space created by the loss of The Lost River, the park’s Philadelphia Toboggan Company Mill Chute flume ride, which was destroyed in the flood of 1972, which happened in late June of that year.

Park management favored installing an electric fountain, as an homage to the Electric Fountain which was in the Sunken Garden area of the park from 1932 to 1971. The park considered options from several companies, such as Symphonic Fountains based in Reading, Pennsylvania.

Otto Przystawik, an engineer from Germany, created his first water show in the early 1930s. World War II prevented him from developing the show any further. By the early 1950s, Przystawik teamed up with Hans Hasslach to develop Dancing Waters.

Then, in 1952, Przystawik debuted his new Dancing Waters show at the West German Industrial Exposition. It was said that Przystawik spent $250,000 in developing Dancing Waters in the time between the 1930s and its debut.

Harold Steinman, a well known producer of American shows, was in attendance at the West German Industrial Exposition. Steinman took interest in the show, believing it had potential as an entertainment medium in the United States. Steinman and Przystawik struck a deal for the show to be brought to America.

The show debuted at Radio City Music Hall in January 1953. The show then appeared at the 1953 Philadelphia Music Festival at the city’s Municipal Stadium, on June 12.

The show became popular in the mid-1950s, with 22 shows having been manufactured for locations in the United States and Europe.

Otto Przystawik died in 1971, two years before Dancing Waters would debut at Hersheypark.

Dancing Waters was only in the park for two seasons, 1973 and 1974. It consisted of 4,000 water jets, electric motors, and 33 spot lights. The water show was synchronized with music. The operating console was often compared to an organ. The show ran multiple times a day.

Here are a couple of pictures of Dancing Waters in Hersheypark.

Dancing Waters was removed after the 1974 season, replaced with grass. A year or two later, the space was paved and turned into a midway for guests.

The space where Dancing Waters was is now occupied by Great Bear, which opened in 1998. The show was located just passed Great Bear’s loop, on the straight run between that and the Immelman, a kind of half loop; that’s where Great Bear turns to go back down the Hollow toward sooperdooperLooper.