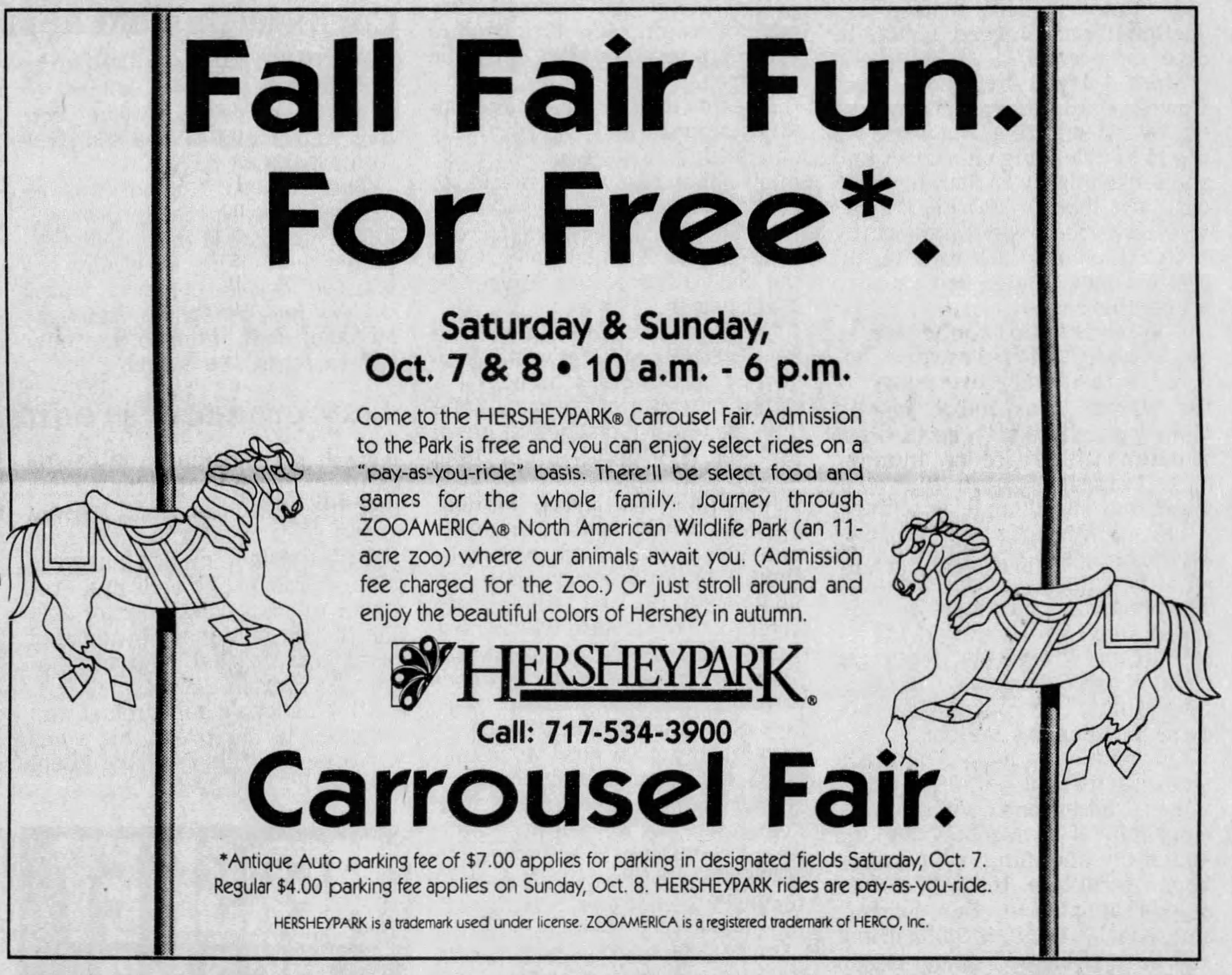 The Carrousel Fair was an event at Hersheypark that can trace its roots to the 1978 season. The event was last held in 1999. It started out as a promotional pay-as-you-ride event advertised as “October Days.” It was an extension of the summer season and the park operated during AACA’s Eastern Region Fall Swap Meet at Hersheypark.

Pennsylvania Dutch Days and the sooperdooperFair

Creatures of the Night becomes Hersheypark In The Dark

It’s been over 20 years since the last Carrousel Fair occurred. It is unlikely that the event will be revived.