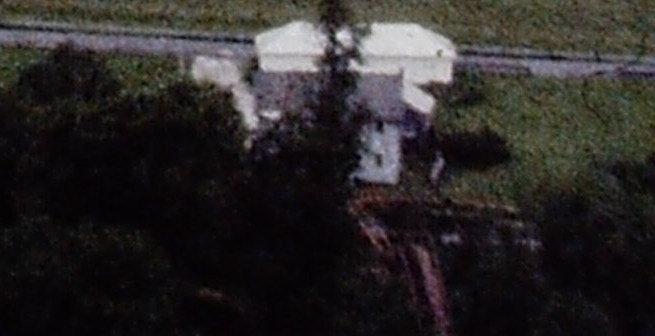 West Derry Road was a public road that existed until 1980 that cut through what is today Hersheypark. One of the former homes on West Derry Road exists in Hersheypark today – The Lingle House in Pioneer Frontier Food Court. This house was sold to Hershey Entertainment & Resorts Company (the owner of Hersheypark, then known as HERCO, Inc., and also goes by the abbreviation HE&R) on May 8, 1980.

This house was 23 West Derry Road.

Jacob S. Gerhart purchased 23 West Derry Road from Margaret Letterman Hill and William Hill on September 25, 1961. The house had been in the Letterman family since 1923. The lot the house was on was originally part of a plot of 8 lots known as the Village of Spring Creek, laid out by Martin L. Nissley circa 1849. This is also one of the few properties of the 8 original lots to have been owned for a time by Milton S. Hershey; he owned the property from 1903 to 1905.

The Gerhart’s didn’t sell their home to HE&R until July 31, 1981, a year and three months after the Lingle House was sold.

After the property became part of Hersheypark, the house remained for a number of years before being removed. The big garage in back of the house was kept and used as the Dry Gulch Railroad engine house when the Railroad was converted from its figure eight route to an oval route in 1984.