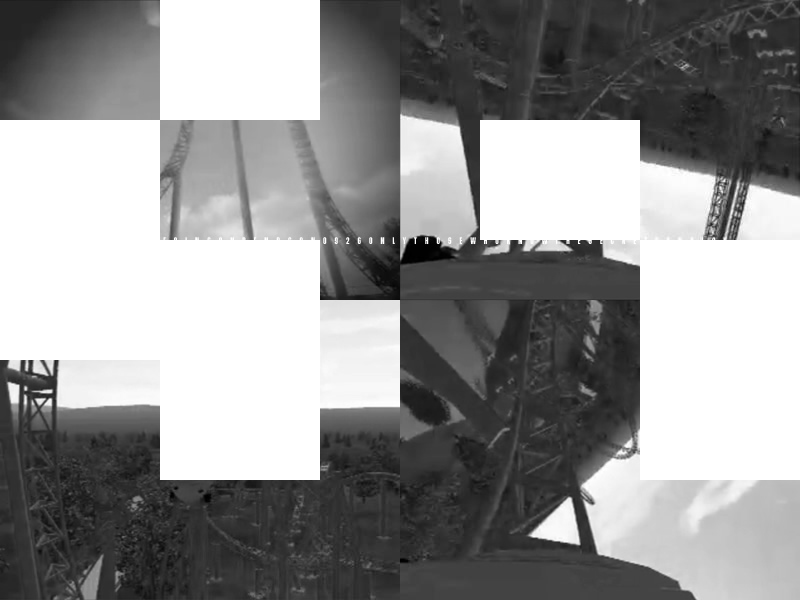 The first viral marketing campaign Hersheypark ran was a game titled Nantimi. The name comes from scrambling up the name Intamin. Intamin was the manufacturer of the roller coaster to be announced – Fahrenheit.

The purpose of this viral marketing campaign was to engage with amusement park enthusiasts in the online community. The idea was to have a series of puzzles for people to solve. Those who participated would receive the opportunity to learn about the 2008 announcement ahead of the general public, and a lucky 11 participants were invited to be on the first ride of Fahrenheit in 2008.

This campaign began in August 2007, shortly after the park released a press release announcing that “Truth” would be “Revealed” on October 2, 2007. A banner was hung on the side of Western Chute-Out.

As it turned out, the new attractions for 2008 were actually announced sooner than that – on September 27, 2007. This was because of the viral marketing campaign, which started shortly after the banner was placed on Western Chute-Out. Around mid-August, someone discovered a website, Nantimi.com, which was for a company called Nantimi, Inc..

Nantimi claimed to be “A web & new media company,” that was charged with making a website for Hersheypark’s new attractions for 2008. They claimed to be based near Harrisburg, PA, and had a staff of six people.

It was initially found on the website that the 2008 Hersheypark attraction would cost $12.1 million. The website was updated a couple of days after discovery – a username and password was pre-loaded in the client login area on the main Nantimi page.

This login area was actually fake, and just an image. The image was even named “fakeSignin.”

When you clicked on it, it took you to several prospective logo designs for an attraction called Tsunami.

The website had several fairly generic banner tabs, one of which was “Portfolio.” Several days after the Tsunami logos were found, the Portfolio tab was updated and was now clickable. If you clicked on the tab, it took you to a page which said “Coming soon.” Not much of an update, right?

Towards the bottom of the page was was a deliberately semi-hidden, gray colored (over a gray background) hyperlink, “/themtravelled.thRu.” The link was nantimi.com/iiiiiiiiiii.html: there were eleven “i”s – a tease for this being the park’s 11th roller coaster. The link opened up a scan of a lower quality fax discussing the 2008 attraction.

Received your call regarding the ’08 annoucement. We can certainly provide you with necessary materials by Sep. 26 for the following day’s announcement.

This clue indicated that the announcement for Fahrenheit had been moved up, from October 2 to September 27.

Going down the rabbit hole

Another clue could be discovered through email. Several email addresses had been found on the website – when emailing one of them, you would receive a response of a string of binary code. When translated, this binary code was actually another email address. If you emailed that address, you received an actual response; this email confirmed the September 27 announcement date. However, your reward for going down this rabbit hole was: receiving the announcement a day early, on September 26.

Players figured out other clues, such as the meaning of “themtravelled.thRu.” Much like Nantimi, this was also a word jumble – the answer was “Truth Revealed.,” which was on the banner attached to Western Chute-Out. (WARNING: For those sensitive to flashing lights or who suffer from seizures, I would not recommend looking at this link.) If you went to nantimi.com/truthRevealed.html, an animated GIF would appear. I have the animation slown down below – there are 7 images, two which say, “things are not as they seem.” This refers to the announcement date being changed.

The seven images are below.

The campaign slowed down at this point. However, that didn’t stop other people from trying to find clues.

One person did a whois domain search on nantimi.com. They found that the owner of the website was tied to a physical address in the middle of a field near a farm, with no other nearby buildings. This showed that the business wasn’t real.

Another person emailed Hersheypark asking if they were running the Nantimi game. The person received a response with someone from the park confirming the September 27 announcement date.

Shortly after that person posted online about this, the Nantimi site became more active again.

The Nantimi site was updated with the announcement that they had hired a new employee, Donan Michael. Also mentioned in the announcement was Michael’s favorite colors, silver and orange (the color of Fahrenheit’s trains – silver body, orange restraints), and that he was an expert in base64 encoding. This was useful knowledge because it hinted at more clues via email in binary code; this was the beginning of a new puzzle which the led to the reveal of an image of Fahrenheit.

Shortly thereafter, there was an interview posted online by now defunct website Coasterdom. They had the exclusive opportunity to interview a source from inside Nantimi. The interview contained a clue which, in coordination with other clues coming from Donan Michael, revealed the image of Fahrenheit.  The interview also brushed on a continent of people in the community who thought the Nantimi game was entirely fake.

This also can be seen when one person posted a fake Nantimi video.

One Theme Park Review user, in an attempt to disrupt the game, made their own fake Nantimi video. You can watch it below, for, if nothing else, posterity’s sake.

Back to the game

Another puzzle was started when Nantimi sent emails to 25 people in the enthusiast community. After sending a response, Nantimi responded with a picture of Sandor Kernacs, president of Intamin, meeting with Nantimi employees.

Additional correspondence led to people receiving images that were puzzle pieces for a larger picture, which was an image of Fahrenheit. The puzzle pieces were being compiled on a thread in the Theme Park Review forums. Below is an example of the puzzle being put together.

There is text on the image, which was hinting that the people playing the Nantimi game would learn about the 2008 attraction announcement on September 26.

The puzzle was completed on September 25, the day before the announcement would be revealed to the players.

The text on the image read: Phase XI Begins and Ends on 09/26. Only Those Who Know the Secret Can Play.

Players received the announcement at 11:11pm on September 26, confirming Fahrenheit and The Howler being the new attractions for 2008.

The end of Nantimi, Inc.

With Fahrenheit announced, Nantimi announced that they were shutting down. Unfortunately, the earliest saved look at the Nantimi website in the Wayback Machine on archive.org is from after Nantimi shut down.

Hersheypark acknowledged that they were behind the Nantimi game. The campaign ran for a little over a month. This was an interesting way for the park to reach out to and engage with enthusiasts in the community. The Nantimi game laid the footprints for the Project 2012 campaign, which was much longer, bigger, and bolder, than anyone could have imagined.