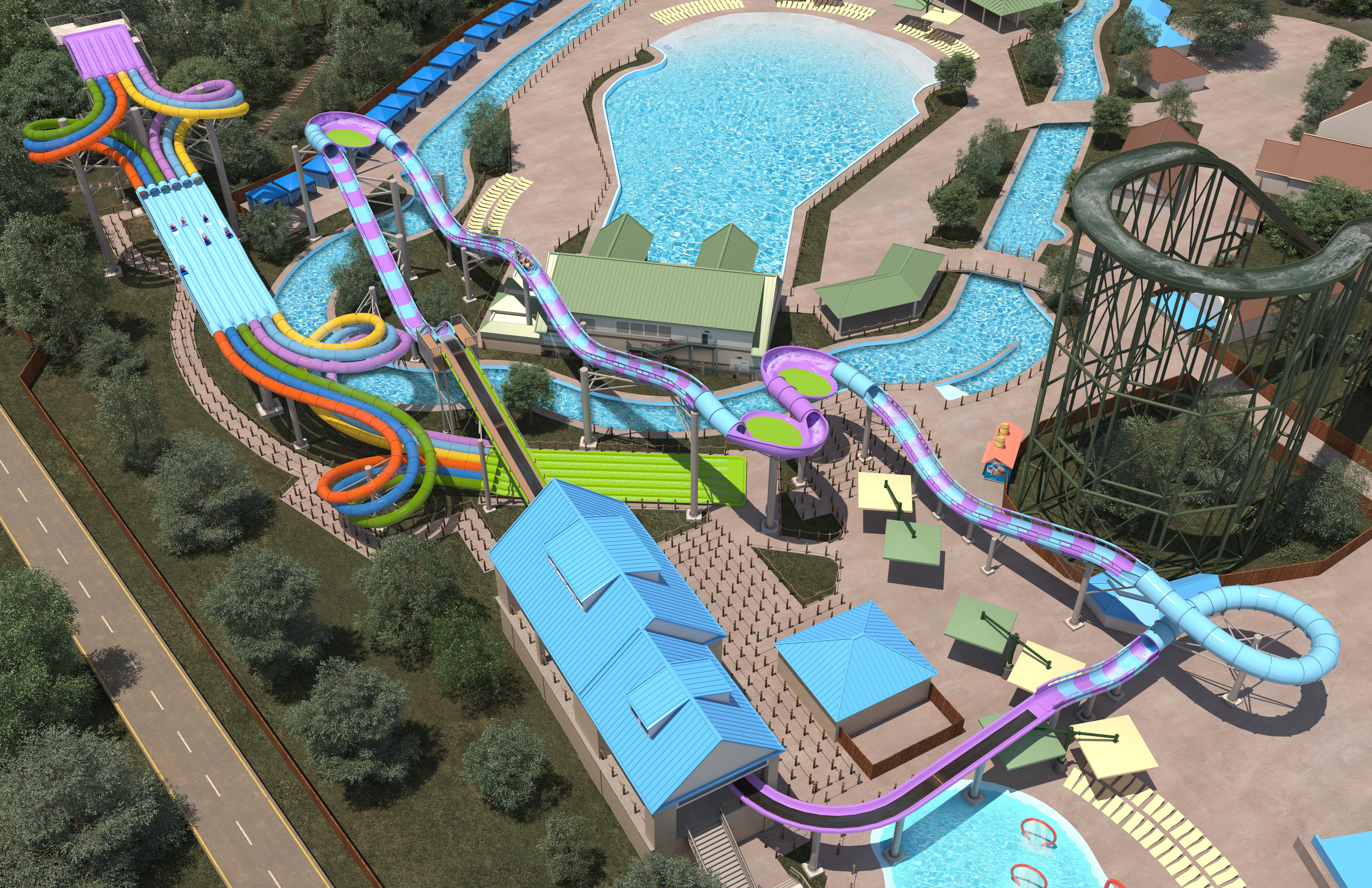 Here is your Hersheypark Update for August 15, 2017…and with the main summer season soon wrapping up, this will be my last regular Hersheypark Update post. I will post any others from here on out on an as-needed basis instead of every 15 days or so.

Hersheypark announced their 2018 attractions on Tuesday, August 8. Two new water rides were announced for The Boardwalk at Hersheypark. Both rides will be manufactured by ProSlide Technology, and located in an area of the waterpark behind Tidal Force, The Shore and Intercoastal Waterway.

With this new addition to The Boardwalk, there should be a new name for the area behind Tidal Force – Racer Corner.  That area will now be between two rides named Racer: Lightning Racer and Whitecap Racer.

Whitecap Racer is an OctopusRACER mat speed slide complex. This complex will have six slides. The ride is interactive because the race will be timed and riders will be able to see the ride times and which lane won the race.

Right in the center of Racer Corner will be Breakers Edge Water Coaster. It is the first hybrid of this type to include FlyingSAUCER elements. Previous hybrids had rafts of three people, while Breakers Edge will seat up to four people.

Breakers Edge Water Coaster is not a water roller coaster, however the park is considering this ride it’s 14th coaster, alongside the 13 roller coasters currently in Hersheypark (the most recent addition was Laff Trakk in 2015). Breakers Edge effectively replaces Roller Soaker, which was removed after the 2012 season. This new ride uses the old Roller Soaker station for loading and unloading.

Construction for the rides will begin the day after Labor Day. Labor Day is the last day of The Boardwalk’s operating season.

There have been three previous phases of construction for The Boardwalk at Hersheypark:

With Park Boulevard being rerouted in 2016, a segment of old Park Boulevard was abandoned that is adjacent the main entrance of Hersheypark. Since then, a large area of this land has been fenced off, and survey markers have appeared all over the vicinity – from the old pool area along old Park Boulevard all the way into Founders Way by Carrousel Circle.

There has not been any changes in the old pool area since August 1. Here is the map of the area to see where all of the markers have been placed to date.  What this means for this area of what now is directly part of Hersheypark’s property remains unknown for the time being.