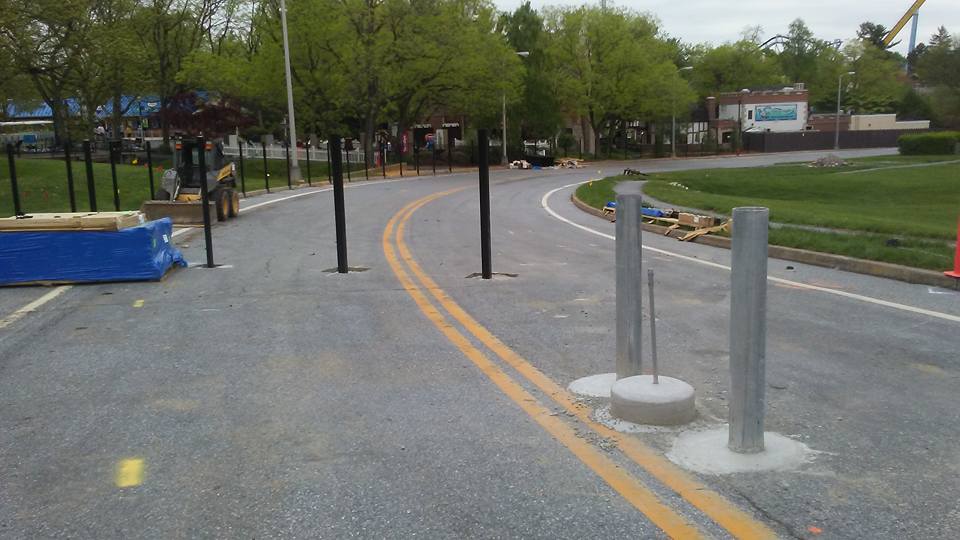 Since early April, a bunch of markers have appeared on this part of old Park Boulevard. Since April 15, fencing has appeared in this same area. A map which I made on April 15 has now been updated with new photos of the fencing.