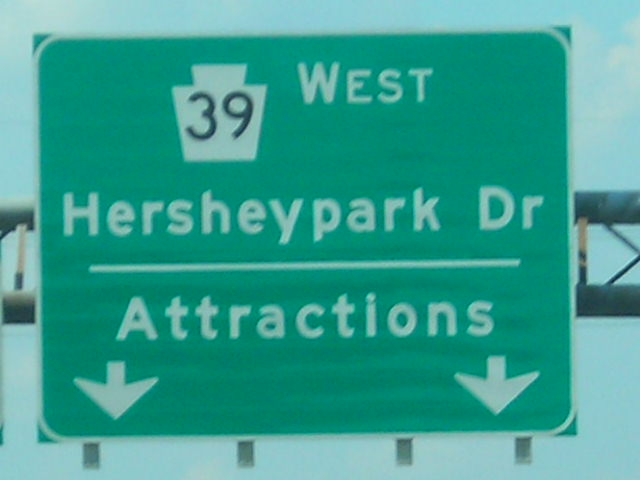 This was a news item I saw in today’s Derry Township (Dauphin County, PA) newsletter.

Improvements at Major Intersection to Begin on April 3rd

Kinsley Sitework has announced that work will begin at the intersection of Hersheypark Drive and Walton Avenue on April 3rd. The work will require lane closures for approximately four weeks. This work is related to a project designed to improve traffic flow and will include pedestrian enhancements.

Bear this construction in mind if you are going to Hersheypark for Springtime In The Park via US Route 322.

This intersection is the first traffic light you’ll come across as you head north toward the park. For those less familiar, notable landmarks you can see at this intersection includes the Cocoa Diner in one shopping center, and a second shopping center on the other side of Hersheypark Drive on top of a hill which includes a Panera Bread and a Five Guys restaurant. There is also a Bob Evans and an Applebee’s across from each other on the north side of the intersection.

Hopefully traffic won’t be too bad, but this project is definitely necessary. During rush hour times, the Hersheypark Drive – Walton Avenue intersection gets very busy. And during the summer, those rush hour times expand for when the park closes and people make their way to the shopping centers there for food.

Hersheypark opens for Springtime in the Park on April 8.