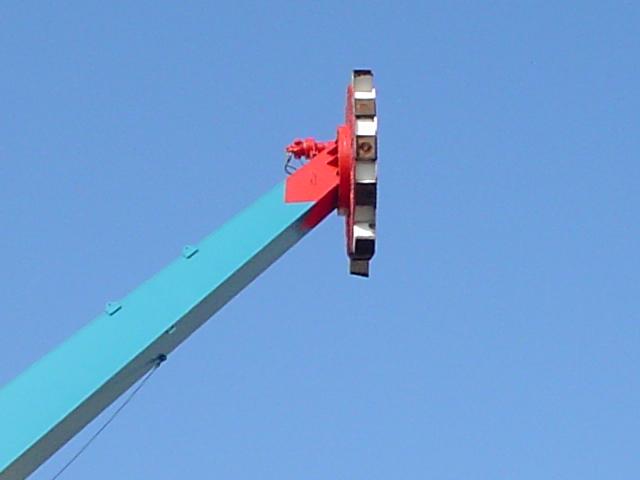 On February 6, 2017, pictures from 2004 finally resurfaced. These were images of the removal of Giant Wheel, which occurred in November 2004. The pictures were uploaded to the Hersheypark History Group on Facebook.

The pictures were originally uploaded to a Webshots album at this link: http://community.webshots.com/album/208350197uIEtoK (this link redirects to the Webshots main page because it is a deadlink). The original uploader is unknown. The album was removed several days later and wasn’t seen again until February 6, 2017.

I am sharing them here for anyone who is interested. Below is a slideshow of 26 images of Giant Wheel being taken down. The ride was removed from the park.

More can be read about Giant Wheel:

The photos below were emailed to me by Chad Hall.