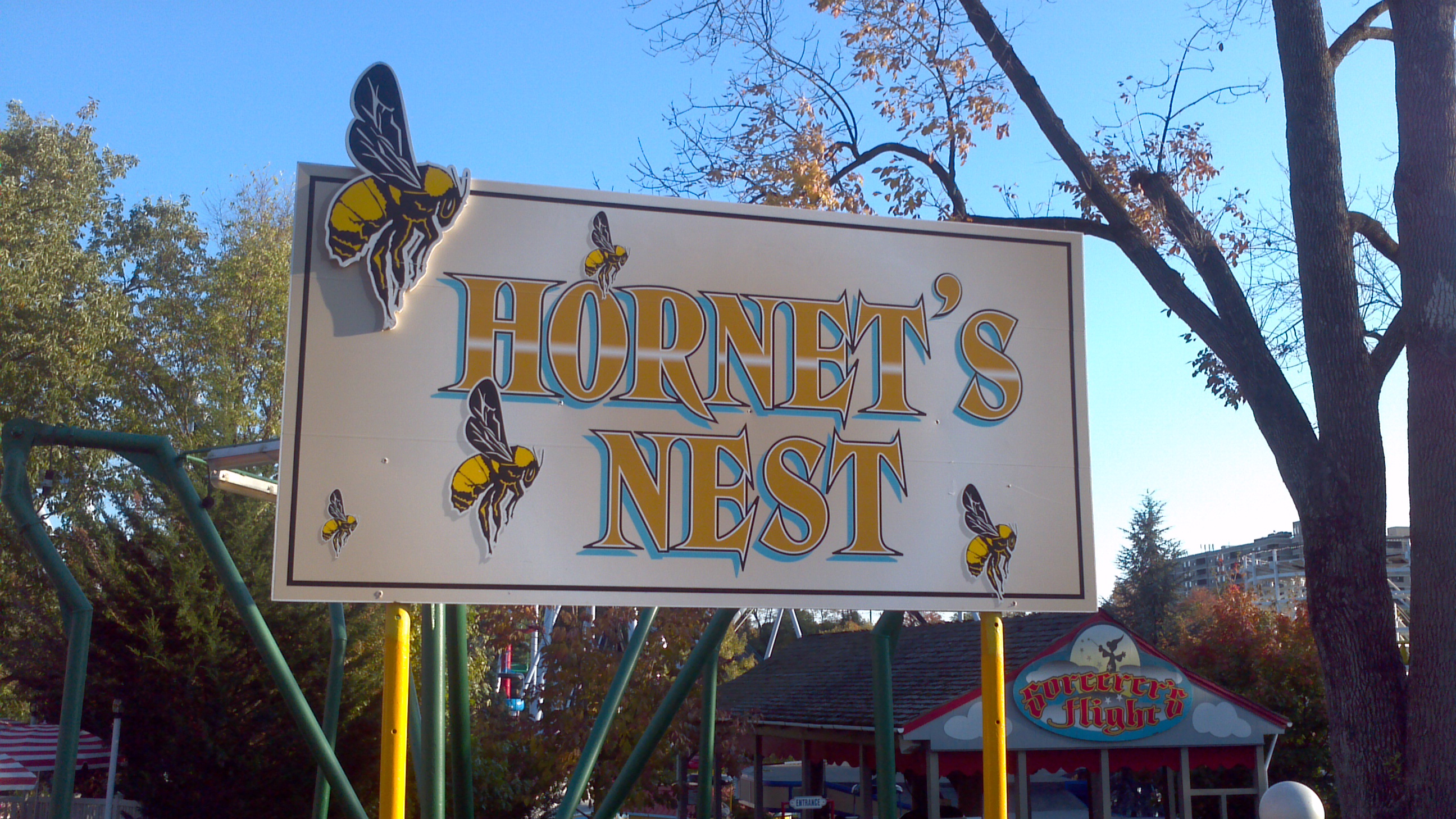 Hersheypark Halloween is Hersheypark’s oldest shoulder season event. It was an event started two years after ZooAmerica opened. This is a look back at the history of this event.

Creatures of the Night | 1980-present

Originally started as a one night event on October 31, 1980, Creatures of the Night, is an annual event which occurs during the month of October in ZooAmerica North American Wildlife Park. The attractions for the event include a flashlight tour, presentations of several movies, as well as animal demonstrations.

Starting in 1992, the event expanded into the Minetown region of Hersheypark (Kissing Tower Hill since 2014). Six rides were opened for operation: Antique Cars of Twin Turnpike, Convoy, Dinosaurs-Go-Round, Flying Falcon, Kissing Tower, and Red Baron. The rides required tickets. Creatures was renamed Creatures of the Night . . . Plus! for the 1992 season, to emphasize that the park was operating a few rides. The name reverted back to the standard Creatures name the following season.

A blog post written by the Hershey Community Archives, in 2012, features a map of Creatures from the 1992 season. Click here to view their blog.

Trailblazer Hollow, as Sleepy Hollow, would be open through 1997, with no significant changes being made to the event on the park side, in the 1996 season.

This led to a significant change to the event in 1998, splicing the main park into a new event.

In 1998, the event was split into two, with the name of the event becoming Hersheypark In The Dark (HPITD). The ZooAmerica event remained as Creatures of the Night. HPITD was a pay-per-ride event (which would be changed to a single fee at the main entrance in 2006).

The original Sleepy Hollow area was switched from Trailblazer Hollow to Comet Hollow. Trailblazer Hollow would be reopened for Hersheypark In The Dark in the 2000, with most of Pioneer Frontier (the water rides remained closed), as well as, officially, all of Carrousel Circle and Music Box Way (although some of the rides in Carrousel Circle and Music Box Way were operated and re-themed in the 1999 season, just not marked on the park map).

In 2001, with the addition of the NightLights Laser Show in Midway America, a laser show was put on during HPITD – FrightLights: A Laser Spooktacular. None of the rides would be open in Midway America officially until the 2003 season.

A few other rides changed names over the course of Creatures / HPITD. One was an inflatable ride, Moonwalk, which was originally called “Scaredy Cat.” When Wildcat was opened for Hersheypark In The Dark in the 2004 season (the rest of Midway America was first opened in the 2003 season), Moonwalk was renamed “Boo Bounce” and Wildcat was given the name “Scaredy Cat.”

Pony Parade was originally installed in Trailblazer Hollow before being relocated to Midway America in 1997. When Pony  Parade was in this location when the “Sleepy Hollow” area opened in Trailblazer Hollow, the ride was called “Sleepy Hollow Horse Carts.” When the ride was reopened with Midway America in 2003 (except for Wildcat), it was renamed for HPITD – “Monster Movers.” The “Monster Movers” name had been previously used for Earthmovers, which had been removed after the 2002 season (it was relocated to Dutch Wonderland for the 2003 season).

When Whip was opened for HPITD, it was given the name “Spider’s Web,” which was the name given to Cyclops before it was removed from the park.

One ride was never renamed at all: The Howler. The practice of renaming rides for this event was discontinued after the 2014 season.

On July 12, at exactly 9:17am, Hersheypark announced via its social media channels Hersheypark Halloween, its new shoulder season event replacing Hersheypark In The Dark, as well as Dark Nights.

A list of all of the Halloween-themed names for rides can be seen here. A history of maps for Creatures of the Night and Hersheypark In The Dark are located in the Library Maps Database subsection of this website. There is also a timeline of Creatures / HPITD, which you can see here. Click the links to check them out.

3 comments on “History of Hersheypark Halloween”