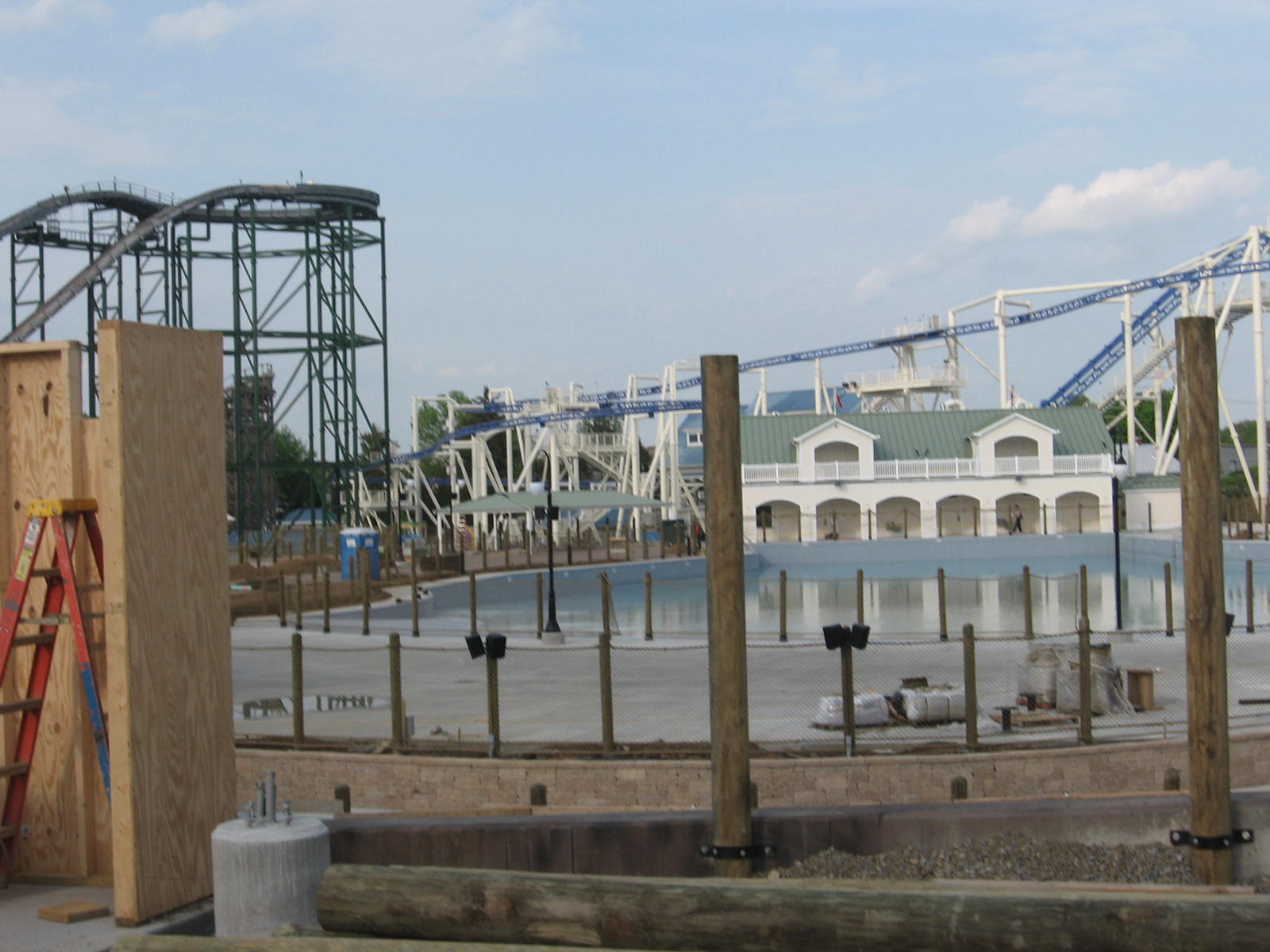 This is my regular Tuesday series about ride manufacturers who have made rides for Hersheypark. Today’s article is about Water Technology, Incorporated.

Water Technology, Inc, or WTI, is a engineer and manufacturer of swimming pools and waterpark attractions. WTI is based in Beaver Dam, Wisconsin, and has been in operation since 1983.

WTI manufactured two water rides for Hersheypark – The Shore and Intercoastal Waterway. The design for the rides were created by WhiteWater West Industries. These two rides replaced Canyon River Rapids, which had been in the park from 1987-2008. Called The Boardwalk SeaQuel, the first expansion to The Boardwalk, which opened in 2007, the area also included cabanas and a restaurant.

The Shore is wave pool that has a surface area of 22,620 square feet. It can hold 377,917 gallons of water. The depth of the water ranges from 0 feet to 5 feet. Intercoastal Waterway is a lazy river that holds 451,718 gallons of water and is 1360 feet long. It has a depth of 2.5 feet, with a surface area of 24,081 square feet. The entire SeaQuel project was estimated to cost $17.6 million. The expanded area opened in 2009. The Boardwalk would be updated a third time in 2013, with Roller Soaker being replaced by Shoreline Sprayground.