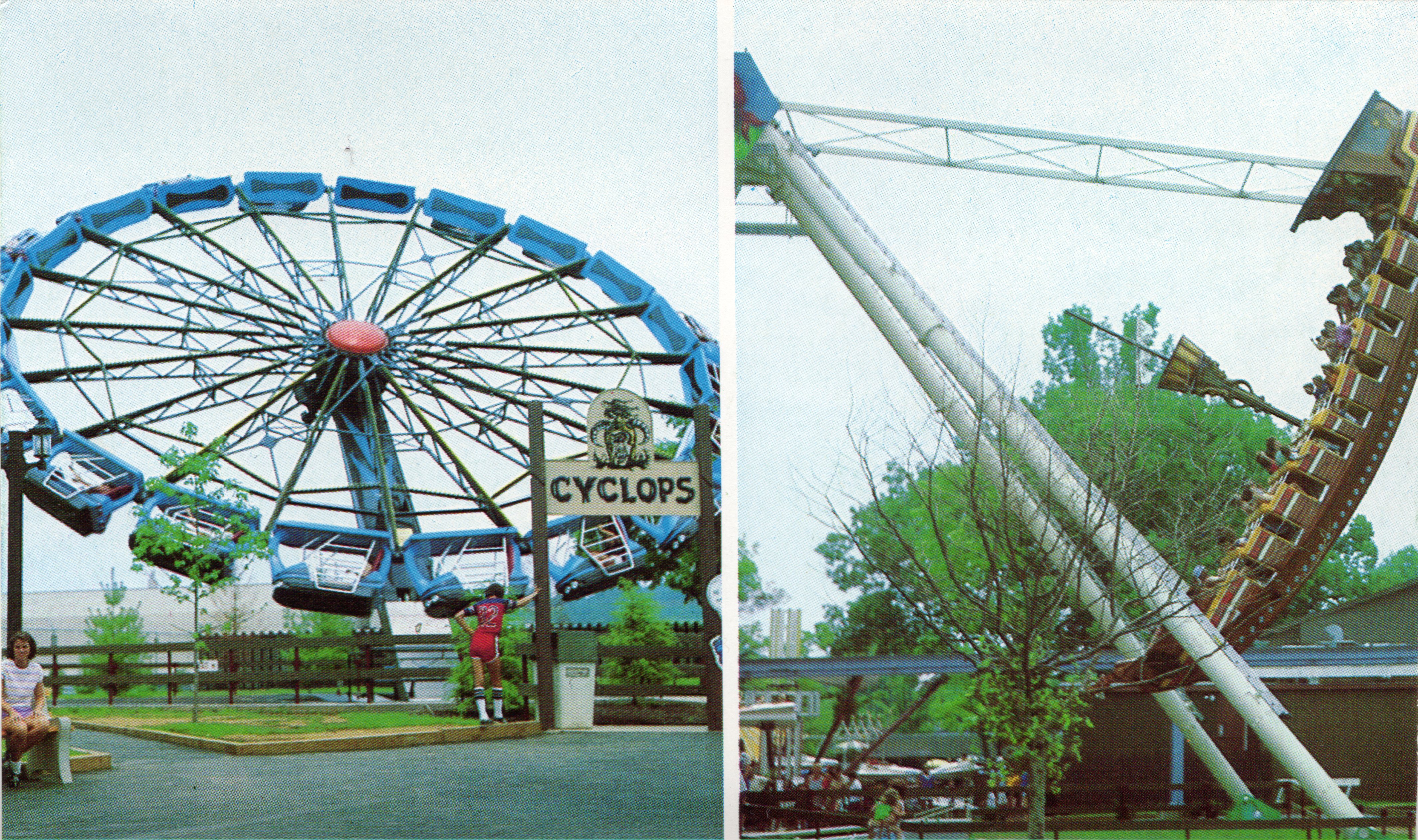 Today’s article is about Hersheypark’s first expansion north of old West Derry Road since becoming a gated park in 1971. This kicked off a process of expansion that would extend the park north to Hersheypark Drive – a process which would take enough years to get you to the end of the century.

In 1979, Hersheypark began planning to expand north of old West Derry Road for the first time in the park’s modern era. Prior to when the park was gated, the park was advertised as having 1000 acres of land. Even at one time, this included a ride on Swatara Creek at the Hershey Boat House behind The Hotel Hershey.

However, when the park was gated, this reduced Hersheypark to 65 acres, as not only was the areas including Hersheypark Arena and Stadium outside the park fence, but so was the old Hershey Park Zoo that had been closed in 1970. In 1978, Hersheypark reincorporated the old zoo as a new theme area, ZooAmerica North American Wildlife Park, giving the park 10 acres of land from that area. The following year, plans were drawn to expand the park further.

These plans called for relocating the Dry Gulch Railroad station and some the track. It called for the removal of Tip-Top, and the addition of two new rides – Pirat and Cyclops. The area included a new food stand and restroom across from Music Box Theater, totally renovating the area that served as the main entrance to Hersheypark in 1972.

Based on the plan above, you can see that Pirat was placed just south of where old West Derry Road had been. Pirat is a HUSS Maschinenfabrik pendulum ride fashioned to be an old pirate ship. The ride is still in Hersheypark today.

The area for expansion was essentially split into two parts, with a midway going down the middle. On the west side was Cyclops, a HUSS Maschinenfabrik Enterprise ride. On the east side was the relocated track of Dry Gulch Railroad. Cyclops was originally blue; by the 1990s it was repainted a dark red color.

In 1982, this tract of land would be expanded further north, when Cinemavision theater was added. In later years, Pioneer Frontier, Midway America, The Boardwalk, and later Laff Trakk, the park’s thirteenth existing roller coaster would be added.