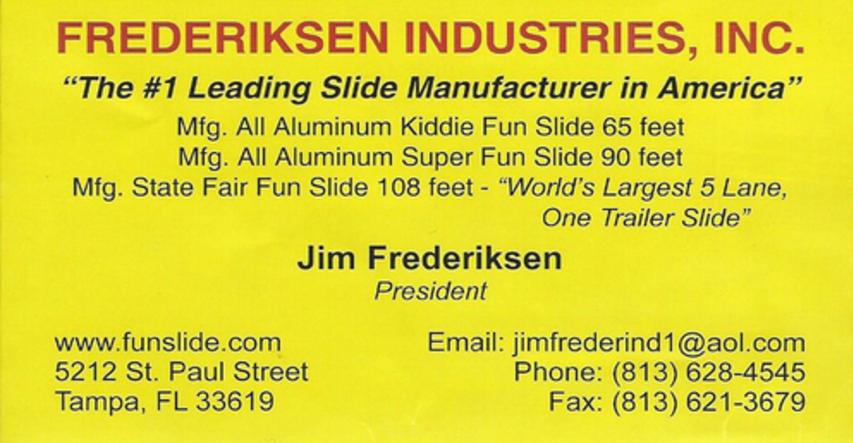 This is my regular Tuesday series about ride manufacturers who have made rides for Hersheypark. Today’s article is about Frederiksen Industries.

Frederiksen Industries, Inc., a ride manufacturer based in Tampa, Florida, is known for making a type of slide called Fun Slide. Frederiksen began producing fun slides in August 1987 and the company continues making them to this day.

Until Midway America was included in Christmas Candylane in 2016, the trailer model was relocated to an open area of the park during Candylane, either somewhere in Pioneer Frontier or the Hollow.

Hersheypark named their slides Merry Derry Dip Fun Slides. The name was an homage to a proposed name for sooperdooperLooper, Merry Derry Dip. This was not the first slides the park had – Hersheypark previously had a slide called Magic Carpet Giant Slide from 1969-1972.