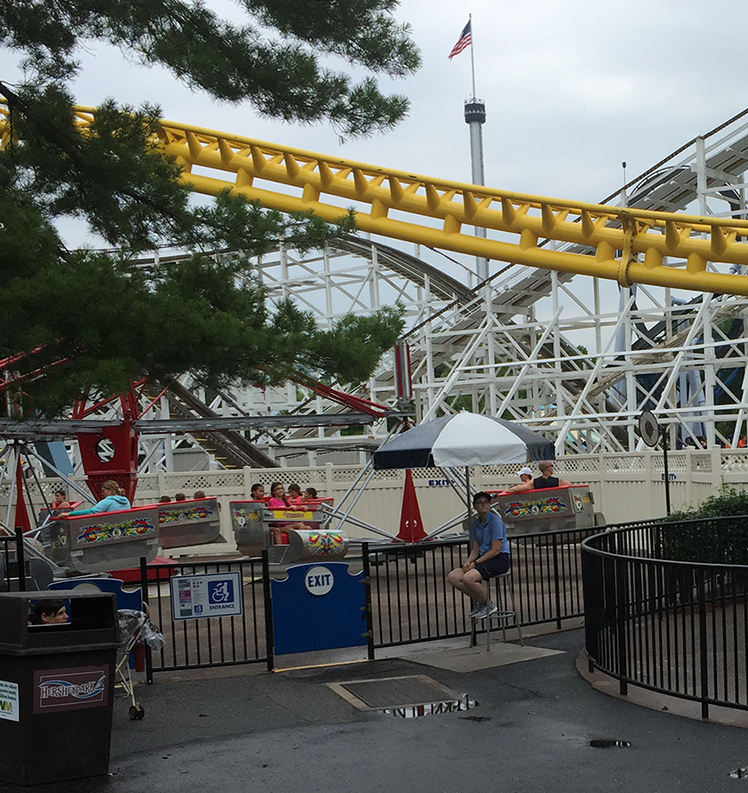 This is my regular Tuesday series about ride manufacturers who have made rides for Hersheypark. Today’s article is about Eli Bridge Company.

There are a number of Big Eli wheels that have operated or continue to operate in Pennsylvania. To see a list, click here.

Hersheypark has had several of these types of rides, with the park still having a Scrambler and a Mini-Scrambler.

Scrambler was installed in Carrousel Circle in 1972. The ride arrived at the park on April 1, 1972, after the contract was signed for the purchase of the ride on November 4, 1971. The ride cost $133,760. In the R. Duell & Associates renovations plan for the park, Scrambler was number 3207 (the leading “3” represented Carrousel Circle).

Mini-Scrambler was purchased by the park in 2002 and used during Christmas Candylane. it was permanently installed in Pioneer Frontier for the 2003 season.

Since I published this article, I rediscovered a ride Hersheypark rented for the first Candylane event in 1983. This particular ride was rented from Majestic Midways owned by Mr .Jake Inners. The ride was a kiddie Ferris wheel manufactured by Eli Bridge called a Little Wheel.

The ride only operated at Hersheypark in November-December 1983, when the ride was not even a year old itself. More can be read about Little Wheel here.