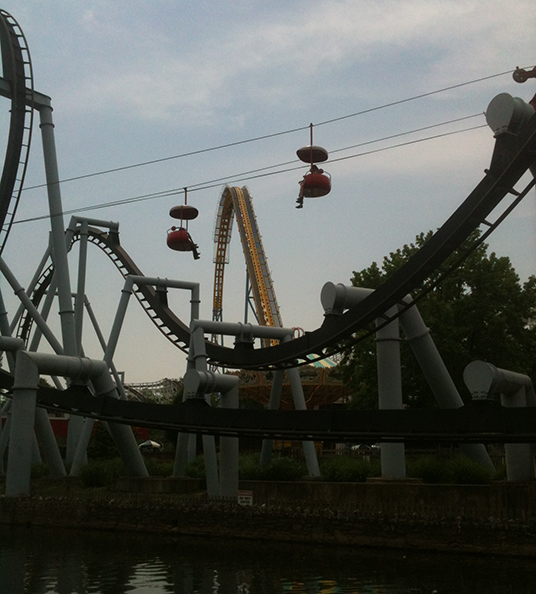 I’ve written about the Tip-Top, which was installed in 1966. Today, I’m going to write about the other ride installed that same year: Skyview. Skyview is a round-trip scenic ride, unlike the Sky Ride which connected Rhineland to what was supposed to be Minetown. (Sky Ride operated in the park from 1974-1991.)

The construction of Skyview began in 1965; if you walk along Spring Creek by the Amphitheatre, you can see the year 1965 was printed into the concrete pillar for the turnaround for the ride. The ride has been repainted multiple times through the years, most recently in 2012.
When you consider what Skyview crossed over in 1966 versus what it crosses over today – in 1966, Lost River, in 2016, Great Bear, the view still provides an exciting look at the rides in operation. And even then, you can ride Skyview during Christmas Candylane – assuming it isn’t too cold, it provides a beautiful view of The Hollow whether it’s quieter or while the show N.O.E.L. is performing.