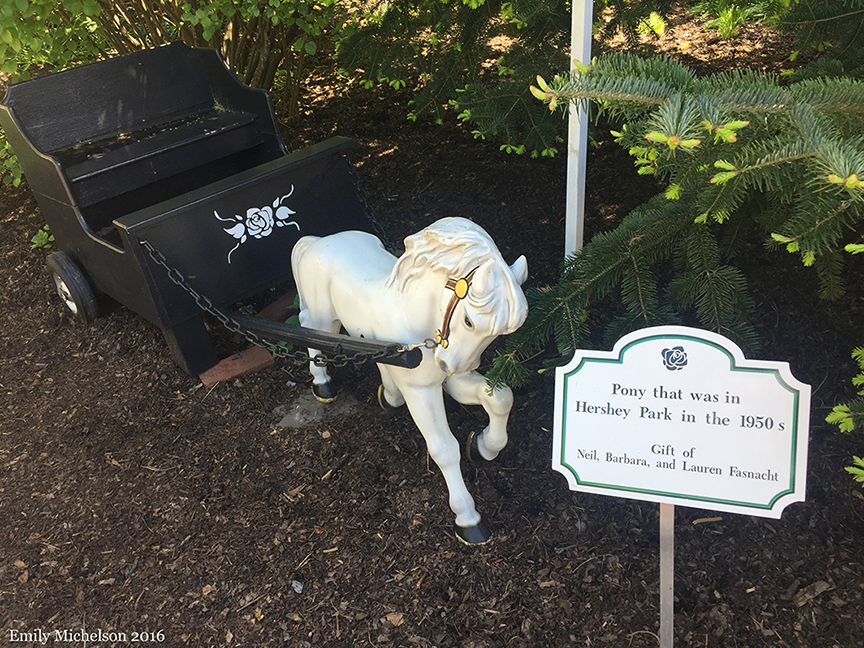 In 1949, Hersheypark created a new area of the park called Kiddieland (initially called Kiddie’s Land in 1949). Part of this new section included two new kiddie rides – Lucas Motor Boat Ride and Horse & Buggy. The purchase of these two rides were first reported in The Billboard on November 27, 1948.

Horse & Buggy was purchased from Harry Traver and was placed near the Airplane Swing. It was a fairly simple ride: a child would sit in a cart and go around in a circle. The ride remained in that area until the end of 1971 when renovations began in the park. This was one of four other rides removed.


Hersheypark ended up purchasing another version of this ride, made by W.F. Mangels Company. This ride is Pony Parade which currently operates in the Midway America section of the park.

One of the pony carts from the original ride ended up being donated to the Hershey Gardens as a gift from Neil, Barbara, and Lauren Fasnacht.